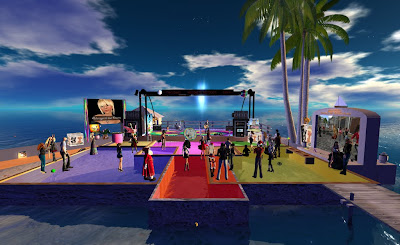 Kat and I spent some time both yesterday and today (December 18/19, 2010) at the Second Life memorial for Delinda Dyrssen. We'd both become friends with Delinda -- who hadn't? -- and were glad to be able to get together with her many, many friends to help celebrate her life. 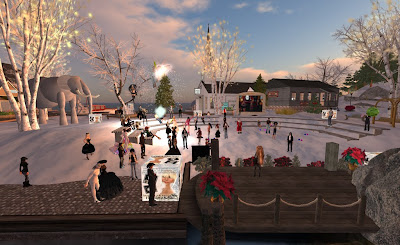 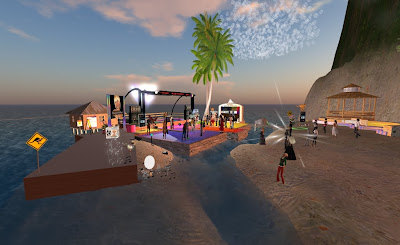 Today, I got to perform at the event at The Pocket, and did a little set that I'd hoped Delinda would have enjoyed. 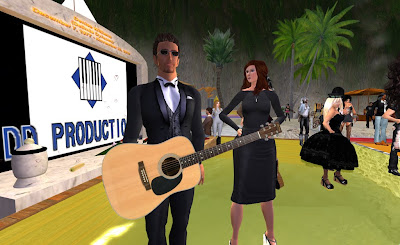 Kat and I at Sunday's memorial. Delinda's worth getting dressed up for. :) 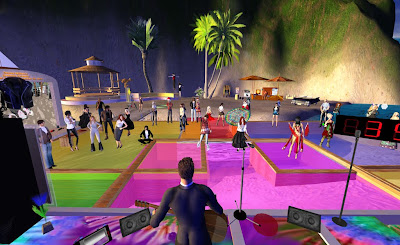 My view from the stage of all of Delinda's great friends.

Thank you to everyone who came to Delinda's memorial! You are all wonderful people! Don't forget that you can donate to the Kidney Foundation in Delinda's RL name (Denise Williams) here!
Posted by Zak Claxton at 6:14 PM