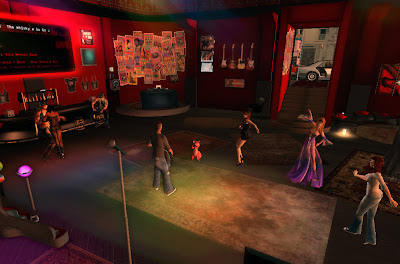 Hello reader. I've mentioned several times before in this blog that bored musicians tend to give boring performances, so I take measure to make sure that I'm never bored while playing guitar and singing for an audience. That quest for excitement can lead in any number of directions, which is why I've been seen doing things like wearing a dress onstage, and many other antics over the years.

Last night before my show at the Whisky in Second Life, I started my typical process of deciding what songs I'd play that evening. To be frank, I was a bit burned out on many of the songs that I play on a regular basis. Also, I'd performed at the Whisky nearly every Tuesday night for over two months, and the last thing I wanted to feel like is that I was doing the same show, over and over again.

That's why I purposefully pulled out songs from my Big List that in nearly every case represented tunes that I almost never, ever play (which became the official theme of the night... "Shit I Never Play"). In the case of several of them, I had only performed them once before, and a few of them were songs I hadn't done in years. Check it out.

Whisky Set List...
Drive (Incubus)
Off the Wall (Michael Jackson)
All-Star (Smash Mouth)
Love Ain't for Keeping (The Who)
Borderline (Madonna)
Raised on Robbery (Joni Mitchell)
Every Little Thing She Does Is Magic (The Police)
Who Do You Love (Bo Diddly)
The Night They Drove Old Dixie Down (The Band)
Rocket Man (Elton John)
Tangled Up In Blue (Bob Dylan)

There's a catch, of course: as most musicians will likely tell you, the less you perform a song, the worse you'll do it. Practice makes perfect, and my performances of last night's songs was anything but. Also, perhaps because of it being back-to-school week and my having done a show just a couple of days earlier, we had a particularly small crowd last night. As a result, I decided to make things a bit more intimate by hopping down off the stage and playing while standing amongst my friends/fans, the Zaksters. 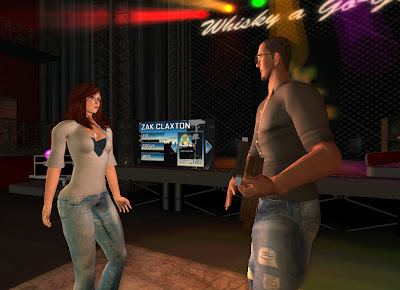 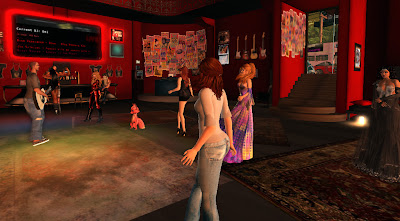 Regardless of all that, it was still a fun show, and now I can put those songs away for another few years until I need them again. Also, the act of pulling those songs out made me aware that it's once again time to refresh my repertoire, so I'll soon be adding some more new tunes to the Big List.

Thanks to all the Zaksters who braved my experiment in rarely-played tunes, especially those who supported my show!
alana Dorchester, Diana Renoir, Alexis Fairlady, Cicadetta Stillwater, Triana Caldera, Kat Claxton, my great manager Maali Beck, Whisky DJ/Host Dmitri Polonsky, and owner Cameron Trenchcoat!
Posted by Zak Claxton at 8:54 AM