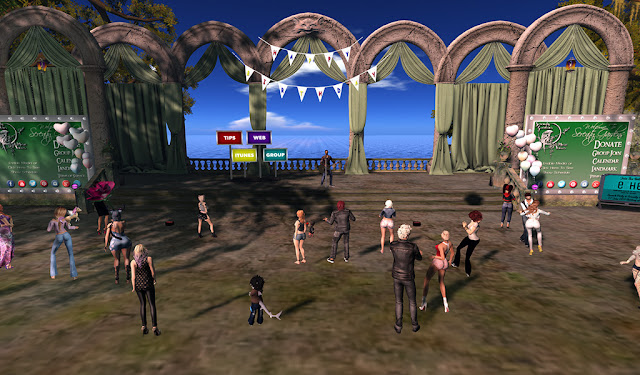 Serenity Gardens is pretty much my "home venue" at this point; other SL musicians will understand that concept. I always feel good playing there, every single time. Photo by Kat.
There's something I often mention to my audience at Serenity Gardens in Second Life where I play every other Monday night. It's the idea that they should be extraordinarily happy, considering that my show starts at 6PM Pacific... a time that's further away from the worst aspects of Monday than any other time during the week. Assuming that we all survived the day, arriving at Monday evening means that you've got a long time to go until the next Monday that one must face. It's fucking goofy, yes, but it's still true.

I was in a pretty good mood for the show last night. My work day had been productive, I've been feeling physically and mentally well (not something we should take for granted), and I felt sufficiently warmed up and ready. It's slightly surprising, because in addition to my typical work and home responsibilities over the preceding 24 hours, I didn't leave a lot of time for music practice. Instead, I'd spent a chunk of my energy condemning the remarks by the president on Twitter regarding four women in Congress. Here's the Tweet in reference...

So interesting to see “Progressive” Democrat Congresswomen, who originally came from countries whose governments are a complete and total catastrophe, the worst, most corrupt and inept anywhere in the world (if they even have a functioning government at all), now loudly......

So interesting to see “Progressive” Democrat Congresswomen, who originally came from countries whose governments are a complete and total catastrophe, the worst, most corrupt and inept anywhere in the world (if they even have a functioning government at all), now loudly and viciously telling the people of the United States, the greatest and most powerful Nation on earth, how our government is to be run. Why don’t they go back and help fix the totally broken and crime infested places from which they came. Then come back and show us how it is done. These places need your help badly, you can’t leave fast enough. I’m sure that Nancy Pelosi would be very happy to quickly work out free travel arrangements!

It's a very old and oft-repeated racist trope... people of color should "go back home". As has been pointed out, of the four congresswomen in reference, three of them were born in the USA -- Alexandria Ocasio-Cortes in New York, Rashida Tlaib in Detroit, and Ayanna Pressley in Cincinnati. The fourth, Ilhan Omar was brought here at age 10 as a refugee from Somalia, and was a naturalized citizen at age 17. Ironic note: despite being much younger, Ilhan Omar has been an American citizen for longer than the first lady. In any case and by every legal and ethical definition, with all four people, their homes are here in the United States. 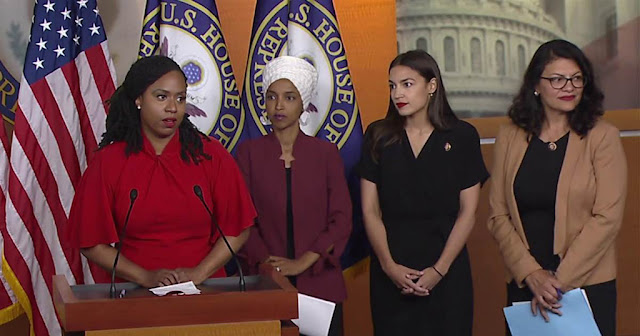 Left to right: Ayanna Pressley, Ilhan Omar, Alexandria Ocasio-Cortes, and Rashida Tlaib. Photo via MSNBC.com.
It was my expectation that nothing would happen as a result. America has been infested with racism since before we were even a country, and the only new aspect of this example was that a sitting president was so open about his blatant race-based hatred. So it was a pleasant surprise when, today, the House of Representative officially voted to condemn the president for these racist comments. It's a rather unprecedented move, and that's a good thing; never before had a sitting US president made such openly racist remarks, and to have it recorded for posterity is important.

Will any of this matter? It remains to be seen. There is a sizably large segment of the US population who is supportive of this exact type of racism, believing that non-white people simply don't belong in this country. That is most likely whom the president is courting with his racist statements. But the hashtag "#RacistPresident" and "#RacistInChief" were trending for two solid days after the president's Tweets, so I'd like to think that enough of the country is willing to fight back against these disgusting humans who are bereft of compassion and morality.

So How Was that Show?
With all this going on, I was pretty revved up and excited, and having a live show to perform couldn't have happened at a better time. I really prefer focusing my energies in positive ways, and what could be better than a solid hour of sweet-ass tunes?

We had a very solid crowd at Serenity Gardens, and I arrived somewhat early to hear Grace McDunnough doing songs before me. She is such an enjoyable live performer to listen to. This week, I'd updated my ancient pair of high-end headphones (I got some Sennheiser 599's, if you're curious) and some new cables for my guitars, so it took me a moment of fiddling around with levels and such until I was happy. But the show went fine, and I enjoyed trying out a Heart song for the first time ever (I know, right?), inspired by noticing that some friends had recently seen (or were going to see) the classic rock band on tour. 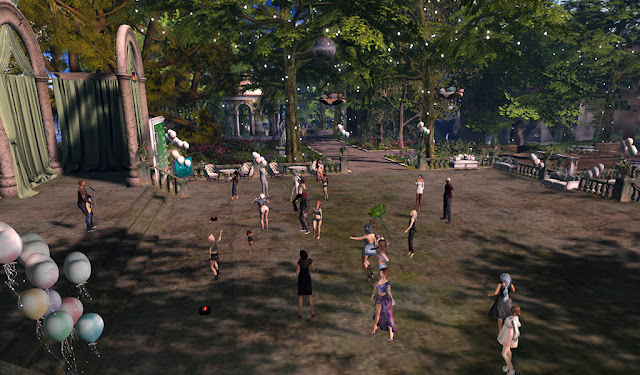 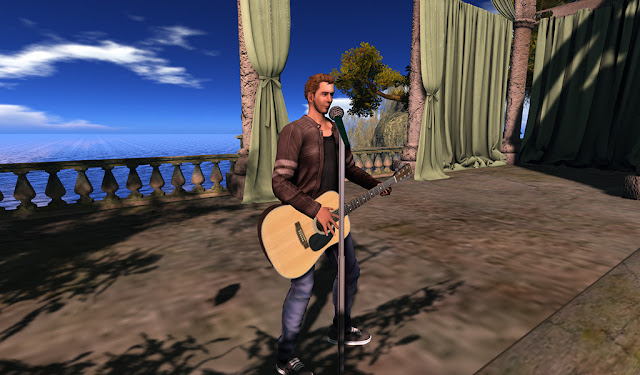 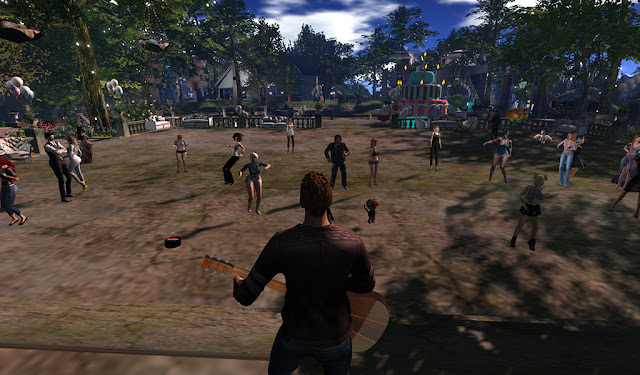 Huge thanks to the terrific people who hung out at Serenity Gardens to see the Zak Show, with super-duper thanks to the following who helped support it!
AaronCabottJones Resident, Grace McDunnough, Kat Chauveau, Tyche Szondi, Katydid Something, Kat Claxton, Magnus Hoch, Nina Brandenburg, Alex Zelin, Aurelie Chenaux, TheaDee Resident, my excellent manager Maali Beck, and the fabulous team at Serenity Gardens, Tilly Rose and Ilsa Wilde!
Posted by Zak Claxton at 5:16 PM