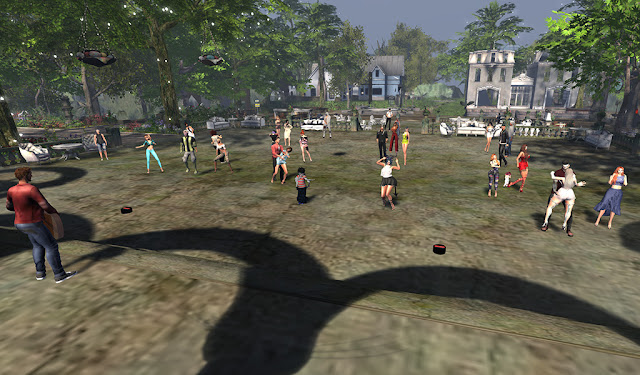 Good crowd, good tunes, good times at Serenity Gardens. Photo by Kat.
My musical life seems to be on a bit of an upswing in recent times. The past couple of weekends, I've managed to find time to work on some new music. It's not terribly unusual for me to dabble around in songwriting, but often I simply run out of creative juice, or run out of time, and I can't tell you the number of partially-written songs I have that are sitting in various files or scattered around on hard drives, in the cloud, and so on. It's in the dozens, if not hundreds.

But recently, I've been doing my best to actually complete songs, or at least get a solid demo done that can be refined later on. The difficult aspect of it is that as a musician/composer, you really want to get the thing done so you (and others) can really hear it outside of your own brain. What that can lead to is forcing the process, rather than letting it happen naturally, and that's when you start making compromises. On many occasions, I've been guilty of starting a great idea, but then sending it careening off the track by forcing out a weak set of lyrics, or putting in a cliche chorus or bridge just to get the song done.

Therefore, you have this conflict of feelings when working on a new song. "Get it done!" versus "Make it right!" is a constant battle in your head. Often, you need to just be aware that a) the song isn't "done" until you put it out on a widespread public basis and b) sad but true... not that many people will care one way or another. I know that sounds like a negative, but it's actually a little comforting to know that no one will live or die based on whether I shifted keys going into the bridge or not.

Anyway, it's been a good couple of weekends of song creation. I can always tell when I'm personally invested in a song I'm doing when I wake up the following morning and immediately want to fire up Logic Pro on my Mac and continue where I left off the night before. As to whether the songs I'm writing now are for my own solo stuff, my band They Stole My Crayon, or a completely different project that I have yet to discuss publicly... that's not for me to determine. I just write the songs and then the songs themselves make it apparent how to best have a framework for their release.

Here's a demo for one of the recent songs I've created. "Doubt It" is definitely one for the next Zak Claxton album.
Monday Night Live
As has been the case for more than two years, I spend every other Monday night performing at Serenity Gardens. If anything, my shows there seem to keep getting better in several ways. I have to give a lot of the credit to Ilsa Flannigan, who has risen to being one of the premier venue owners in SL. She's gotten really good at promoting the venue itself along with the artists who play there, and Serenity Gardens has developed into a large and vibrant community. The crowds are great, and I can feel comfortable playing virtually any style of music there... people seem to appreciate it regardless of their personal tastes.

All photos by Kat. 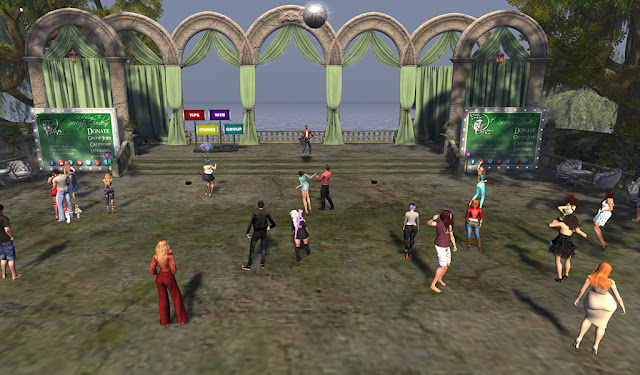 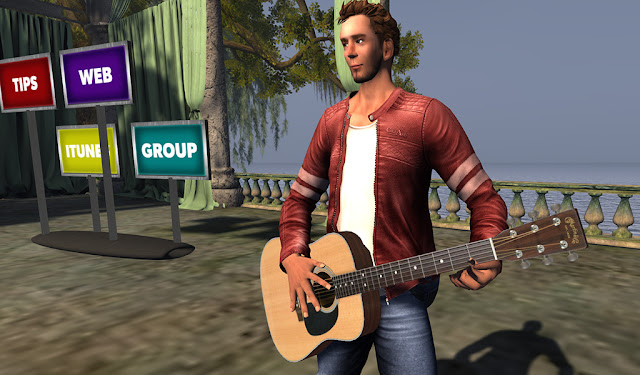 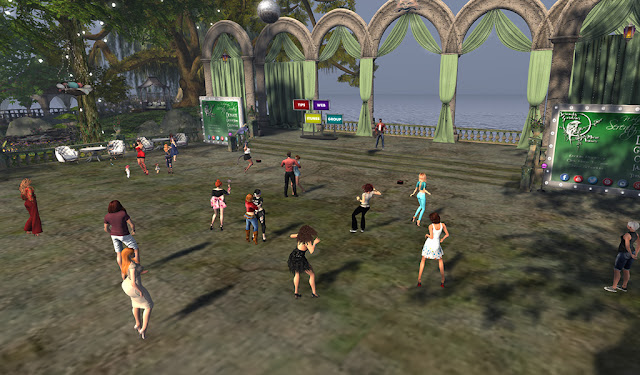 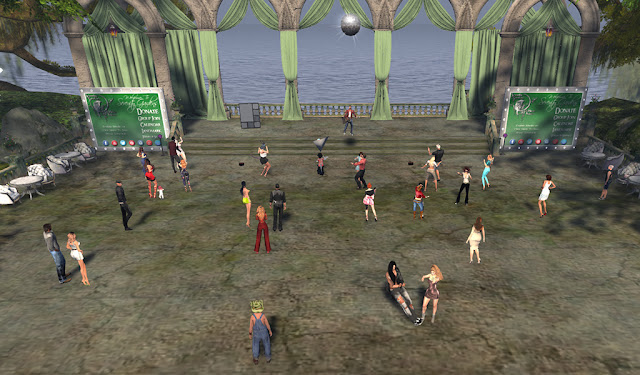 The one notable thing about last night's show is that I purposefully put together a list of songs that I hadn't played at all in recent times. As a performer, it's far too easy to get into a habit of turning to the tunes that you can do well with little effort; that's also a recipe for disaster, as both you and your audience grow apathetic from the same music being done over and over. All I had to do was to reach a bit deeper into my list of 400-500 songs that I've done as a solo performer, and I'm glad I did.