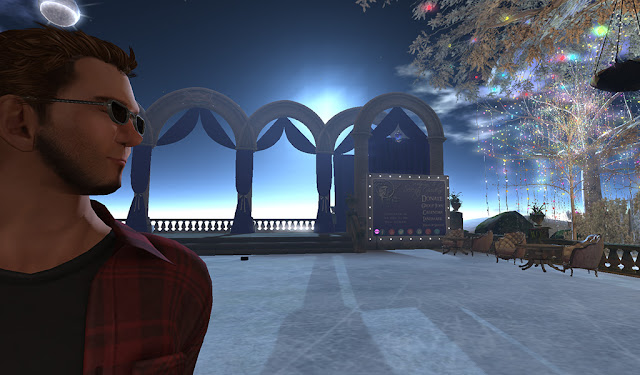 Kat's old computer is long gone, and while she's received her new one, it wasn't in time for her to have it set up to attend my show at Serenity Gardens (or take any pics). So, here's me the night before my show.
Before I get to last night's show at Serenity Gardens in Second Life, I should mention a very important -- and unfortunately very sad -- real life event that transpired recently. Over the pre-thanksgiving weekend, Christina and I spent a few days in the Pacific Northwest. I wish I could tell you that we were going up to her hometown for a happier reason, but that is not the case. It was for her sister Tova Woodruff's memorial event. Tova had been diagnosed with an aggressive form of gastric cancer in March, and despite taking every measure to courageously treat it, the cancer spread to other parts of her body and eight months later, she was gone at 38 years old, leaving behind a husband and two wonderful small children, Simon and Evelyn, all of whom will miss her greatly as time goes by.

Over the past couple of years, I've had seemingly more than my share of death in my life. Part of it is just the aspect of getting older; the longer you're around, the more likely that those to whom you are close are also getting older or otherwise running the risk of being affected by things like cancer and other hard-to-fight diseases, or just simply old age. I don't fear death per se, though I have a healthy aversion to it. I recall not long ago that someone was interviewing the actor Harry Dean Stanton, who was in his late 80s at the time. He said, "The only fear I have is how long consciousness is gonna hang on after my body goes. I just hope there’s nothing, like there was before I was born. The void, the concept of nothingness, is terrifying to most people on the planet. And I get anxiety attacks myself. I know the fear of that void. You have to learn to die before you die. You give up, surrender to the void, to nothingness." Harry died a few years later. Hopefully he found his void.

It's a very, very difficult concept to process... the idea that the world keeps going on, but you're just not part of it. A huge portion of the entire shared culture of humanity is the idea of an afterlife. I'm not just talking about ideas like heaven and hell. There are plenty of atheists who believe in ghosts and spirits and psychic energy from beyond the grave. There are religions whose followers believe in reincarnation. Obviously, I can't say that any of them are right or wrong, but all of these concepts seem to share the commonality that human consciousness goes beyond the physical construct of your brain and the collective thoughts that make up what some would refer to as your soul, and that this consciousness is somehow so important in the universe that it continues on long after the rest of the mechanism of your body has had its demise. Some believe it continues for eternity.

I'm not here to dispute that idea. It's very comforting. But I also respect Mr. Stanton's more Zen-focused viewpoint, which teaches the importance of living in the present and appreciating what's around you here in this world, for whatever limited time you have in it, rather than awaiting some better world beyond it. Logically, since none of us know that an afterlife exists, it makes sense to me to try and lead a good life in this realm. In my view, the biggest victims of death are not the dead; it's the ones who are left behind and have to continue on without that person in their lives. That's the hard part. I have friends and family members who've passed away who I will miss for the rest of my life. If you think about it, you really want to lead the kind of life that causes others to miss you when you're gone, so the fact that I continue to regret their passing speaks to the quality of people they were. 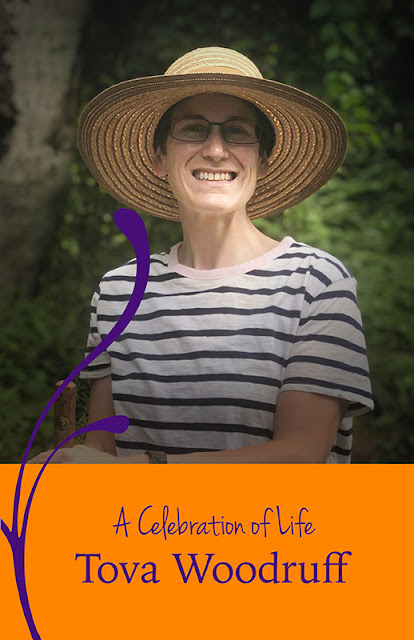 I was happy to help out Christina and her family in any way I could with Tova's memorial, so I designed the program book for the event, which was on Sunday November 24.
Meanwhile, Amongst the Living...
Tova's "Celebration of Life" event went very well. Lots of family members and friends old and new attended, and the service was likely cathartic for everyone and added some closure to the pain of Tova's passing. If I could have wished for one thing to make the entire event easier on Christina -- who was, as some of you may know, extremely close to Tova -- it would have been for the aspect of traveling up to the Seattle area a smooth journey without any extra difficulties to add to her grief.

That's pretty much the opposite of what happened. We were scheduled on a 3:25 flight out of LAX to a relatively new airport for commuter traffic called Paine Field. It's in Everett, about 50 miles north of SeaTac airport where we'd usually have to use as our destination. It was much more convenient to where her family lives and where the memorial event was to be held. As we were on our way to the airport, Christina got a notice that our Alaska Airlines flight had been cancelled. That was disappointing, but these things happen. She was able to rebook us on another flight, albeit into SeaTac, where we had to rent a car and drive up to Everett. It was the return experience that was about as bad as they get. We arrived at Paine Field with plenty of time to spare, and at first it looked like everything was going along just fine.

But then, we were told that our plane had a mechanical issue, and there would be a delay. Fine, okay. No one wants to fly in a plane with problems. The hour delay turned into two hours. Then three. Then four. Finally, about five hours after our scheduled departure time, the gate staff got on the PA to announce that our plane was now fixed... but the flight crew had "timed out" and they had no one to take us on our journey. It seemed that this was something they could have determined long before it actually happened. We were handed a voucher for a cab all the way back down to SeaTac, where we just barely made a flight that took us home. Christina and I were both just weary and exhausted; it had been a cold and emotional trip, and dealing with a travel nightmare was the last thing we needed. In the interest of fairness, I will say that Alaska issued us each $250 travel credits, so at least they tried to make good on the fiasco. But frankly, as a person who is less than enamored with travel under the best of conditions, I am further inclined to simply stay home and interact with people and places via phone, Internet, virtual environments, and other ways that don't inevitably disappoint me. Grimly funny side note: with both our departing and returning flights on Alaska having been cancelled as such, I still have never flow into or out of Paine Field, and now it's likely that I never will. 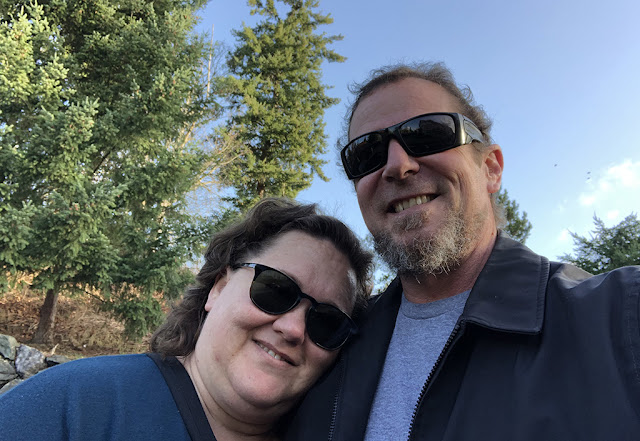 Those aren't Southern California trees. Outside the hotel with Christina in Mukilteo, WA.
Hey, How Was That Show?
The show on Monday night was great. I have a select group of songs -- some holiday-oriented, some not -- that I tend to only do in December. It was nice to have a reason to pull out those rarities. We've had a consistently good crowd at Serenity Gardens in recent times, and following Grace McDunnough feels like I have an audience there who will be receptive to my stuff. I've enjoyed every show since this Monday night lineup was solidified some months ago. 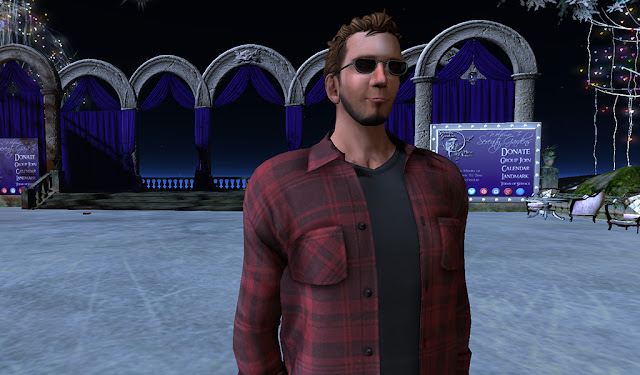