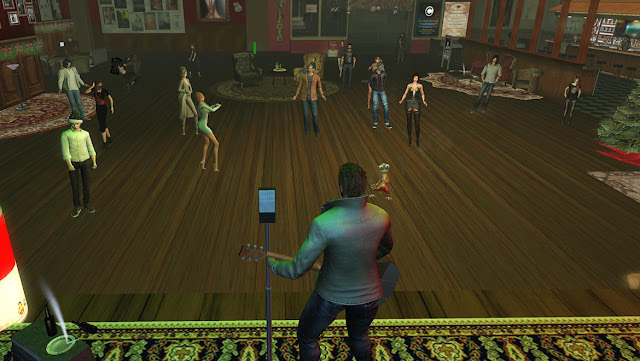 Rocking Hotel Chelsea on the first day of December. Photo by Kat.

What a weird life this is. I mean, truly bizarre. I've been alive for over 51 years, and I remember as a kid not necessarily being bored per se, but wishing things would be in some indefinable way drastically different and more interesting than they seemed to be.

Well, as they say, be careful for what you ask for, because you might get it. And, as the supposedly ancient curse goes, "May you live in interesting times." Side note: it's usually claimed that this is a Chinese curse. It's not. There is an old Chinese saying that goes, 寧為太平犬，不做亂世人, or in English, "Better to be a dog in times of tranquility than a human in times of chaos," and that's the general idea. But the actual phrase "May you live in interesting times" is likely a misinterpretation or translation error. Ah well.

But 2020 Is Almost Over, Right?
This era we're in has been far too interesting. As it turns out, you really don't want to live in a time frame that will consume large swaths of history books. Why am I bringing all this up now? Well, it's December, and this terrible year 2020 is drawing to a close. For some reason that I suppose is understandable given human nature, there's a concept that the end of a calendar year marks a time of change, and on the surface in 2020, it would seem that's true. We've chosen a new U.S. president who will take office in 47 days. We have a vaccine for COVID-19 that's supposedly effective. 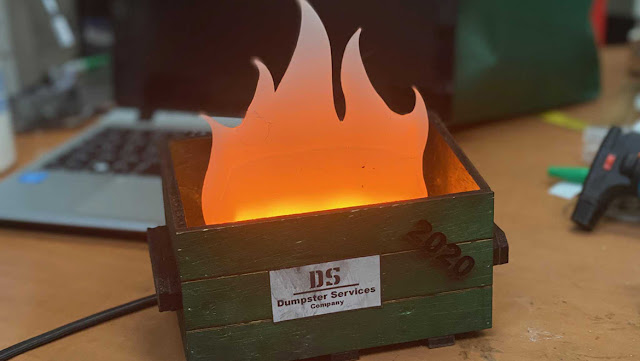 Am I looking forward to the end of this shitty year? Of course I am. But don't assume everything will change for the better very quickly in 2021.

However, as has been pointed out, removing Trump from office doesn't change the mindset of millions of people who adhere to Trumpism outlooks. And the vaccines are very promising, but it will be long into 2021 before the majority of people have access to it... and we're all aware that far too many people will choose not to take it for their own twisted and misinformed reasons.

All I'm saying here is that, as per the song I covered Tuesday night at Hotel Chelsea in Second Life, "There's reason to believe maybe this year will be better than the last," there's not going to be some magical switch that flips at the stroke of midnight on December 31 where everything will magically become better. It's often said that patience is a virtue, and it truly is... just not one that the majority of humans possess. 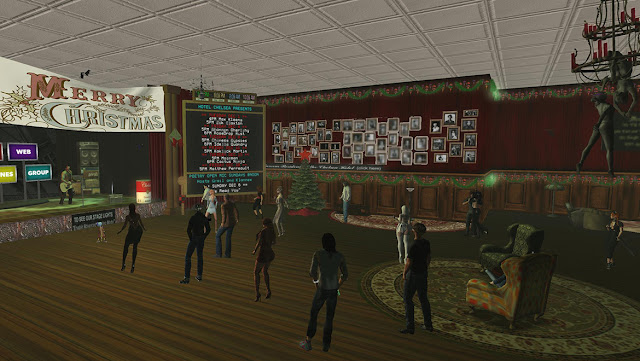 Life may be weird, but at least I have the normalcy of performing live music at a digital representation of a real hotel in New York City, in a virtual world. Photo by Kat.

Um... How About the Show?
Ah, yes. So, I did my second-ever show at Hotel Chelsea on Tuesday, and it was enjoyable. Unlike my first outing there in November, Max Kleene was present this time to perform before me. I remember the first time I performed after Max; it was probably sometime in 2007 or maybe 2008, perhaps at an SL venue like Crystal Sands or one of the other old-school live music spots. I distinctly recall being initially excited because such a big crowd was there at the venue when I got started, with that excitement quickly turning to dismay as the majority of his audience disappeared quickly after Max wrapped up his set.

What I learned was really simple, and it was a positive thing: never take that shit personally. Those folks made time out of their day specifically to see and hear Max... for good reason, I should add. He's an outstanding musician, a genuinely nice person, and is so good at engaging his audience that his popularity is completely understandable. So when that hour is up, they move on to other things. I could be literally the best performer in the world, and that fact would not cause everyone to stop and stay another hour for my show. 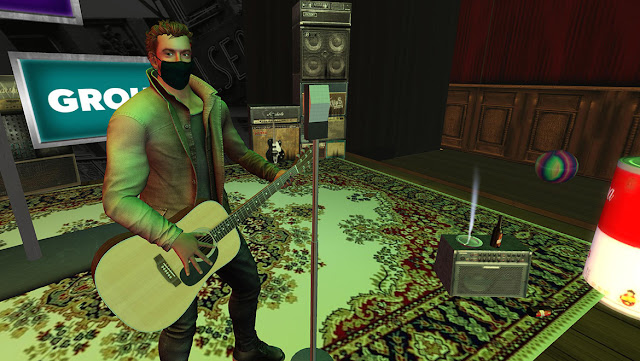 Me, onstage at Hotel Chelsea. My virtual mask stays on as long as it does in real life. Photo by Kat.

Once you understand that, it becomes less of an ego-bruising experience, and in fact the opposite happens. I know for a fact that I've gained new fans via exposure to people who would never have even heard me at all had I not been on the bill with other popular musicians. That's why I always welcome any and all opportunities to play before or after the more popular musicians in SL, providing that our performance styles are reasonably similar enough that there's a potential for crossover with our respective fans. With Max, that's very true. I always look forward to the next show where I'm on the bill with him.

Problems Solved by Enchiladas
My portion of the show went great. There's always a discrepancy between how a performer judges him/herself versus the perception of the audience. I wasn't necessarily feeling a high level of energy going into my show; it had been a brutal work day filled with long meetings and difficult deadlines. My voice and guitar playing seemed adequate but not at the top of my game.

And yet, a number of people specifically mentioned to me afterwards that I was sounding particularly good, which was mystifying to me. I didn't think I sounded bad by any means, but I didn't feel it was a super strong show either. So, I'll just accept that people enjoyed it, which is all I really want from any show. 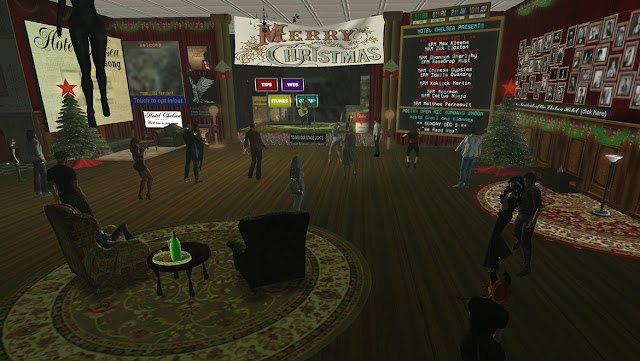 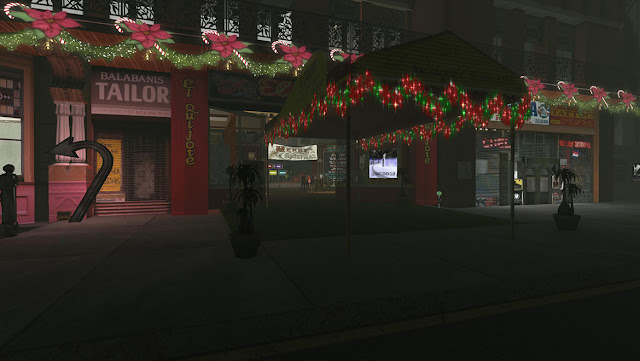 I mean, come on. How cool is this? Photo by Kat.

The reason I wasn't brimming with energy is simple: I didn't manage to eat a lot before my show. I had breakfast, but work responsibilities interrupted my lunch when I was only a few bites in, and by the time my show came around at 5PM, my stomach was already growling quite a bit. That was likely the culprit for my feeling less than my usual hyperactive self when I took the stage, understandably. Directly after the show, Kat ordered us a bunch of delicious food from Rosa's, which is kind of our default place for inexpensive and authentic Mexican food. I plowed through two cheese enchiladas, rice, beans, a chicken taco, and a big batch of large homestyle tortilla chips without coming up for air before I felt sated, and then all was well.

Huge thanks to everyone who hung out at Hotel Chelsea to see my show, with special uber thanks to the following folks who helped support it!
Guinevere Westland, BouganVillia Resident, Rusty Seisenbacher, CB Axel, Maximillion Kleene, Trinket Macbeth, Kat Claxton, noowun Wind, my excellent manager Maali Beck, and Hotel Chelsea manager Shyla the Super Gecko!
Posted by Zak Claxton at 6:44 PM