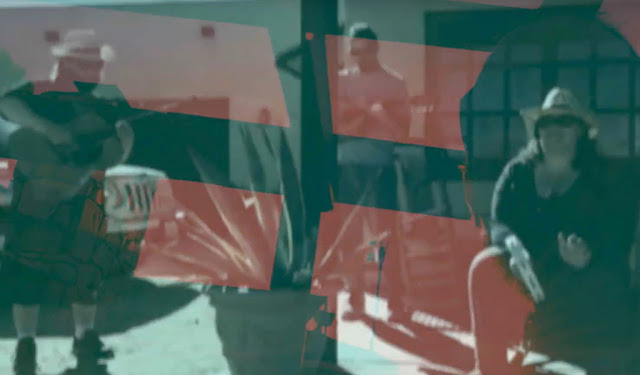 Here's something you should know about me. While I admire people who specialize in a particular area and are amazingly good at what they do, I've never really been that kind of human being. Instead, I tend to do a whole lot of different things reasonably well, and throughout my life, if I discover something that interests me, I'll give it a shot. If you want to think of that worldview in a negative sense, the phrase "Jack of all trades, master of none" is probably applicable to me in many ways.

At the same time, there's an advantage to doing things for one's self. One of them is that when I find myself with a block of time, there are myriad ways to fill it in some productive sense. Coming into this past weekend, for example, I felt like I was on the edge of terminal burnout. It had truly been a rough couple of weeks for me on many fronts, some large and some small. While I knew that some total downtime was required, I don't do well with typical relaxing; I get bored too easily and I feel like time is wasted when I literally do nothing. I knew I'd feel better if I'd accomplished something that was essentially just for myself.

After chilling for awhile on Saturday, it came to me: I'd long been wanting to do something promotional for the music of my band They Stole My Crayon. Creating new music at the moment has too many obstacles, but doing something with our existing batch of tunes had been on my list for some time. So that's what I did; I made a new lyric video for our song "River Shallows" that you can watch below.


"River Shallows" by They Stole My Crayon. Watch it on YouTube if you want.
How Do You Make a Music Video?
Ugh, don't ask me. Seriously, just go watch some music videos. The best of them are like little art films, and are obviously well planned out, and use filmmaking tools like soundstages and visual effects and choreography and all that (and presumably have a budget and so on). My videos rarely come close to that. I've done a couple of videos that border on being good: "Falling Down" from my first solo album, and "Blew the Dust Away" by the Crayon (with this latest video drawing on that same style). But even in those cases, it was very nebulous as to what the point of the video was before we started shooting, and the results speak for themselves.

But in this case, I had no plans at all to make a video this weekend until maybe noon on Saturday. With my only plan being to make a lyric video for one of the songs off the 2016 self-titled TSMC album, I opened up Final Cut Pro X and just started plopping down clips. What clips? Well, whenever we go places together as a band -- most often being Joshua Tree -- we just take various footage no matter what. The idea is that sometime, for some reason, we might find these things useful, and guess what? It's true. 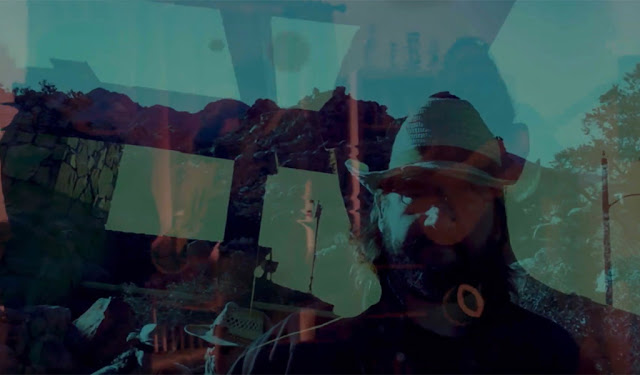 Anyway, for those who aren't aware, there is very powerful video editing software available these days at reasonable prices. What this kind of software allows you to do is to import video footage of almost any variety, edit and combine the clips, add visual effects and text overlays, synchronize the video to audio to music, and then output the whole thing for whatever you intend on doing with the video. This is nothing new; nonlinear video editing has been computer-based for decades now. But for a random person with a typical computer to be able to do this is a room at his house is still pretty neat to me.

I developed a particular style for They Stole My Crayon videos early on, and it was reinforced in subsequent videos I've done for the band. I tend to overlay various clips of footage with slightly psychedelic results. Most of the footage I had at my disposal for the video were clips of our many trips into Joshua Tree, and several of those were with our friend and unofficial tour manager Jess Smith, so she makes the occasional appearance in this one.

Just by happenstance, I did have a few clips from when we were planning on shooting a "real" video for "River Shallows" and I was able to find those (hallelujah!) and implement them here. So, that's it. Plopped some images together, made them look weird, and then plopped some text over them for the lyrics. Done, and done. Enjoy!
Posted by Zak Claxton at 5:33 PM