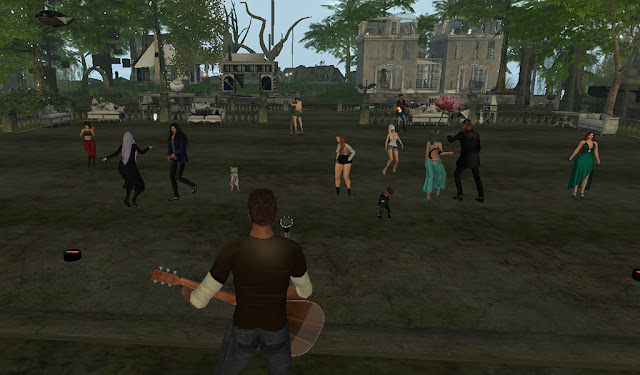 Ahhhh... Monday evening at Serenity Gardens was just what I desperately needed to shift gears in my brain.
I'm not a superstitious person, but the month of March has always been a bringer of big changes over the course of my life. Change can be good, or bad, but it nearly always comes along with stress. Perhaps part of this feeling about the third month of the year is based on the old Shakespearean warning to "Beware the ides of March," or maybe some of it is the change in the weather as winter starts slowly making its transition to spring. But some of it is my own personal history; in previous years, March brought me unexpected job changes, illnesses, and other things that I and people close to me hadn't previously planned to deal with that were suddenly forced into handling.

Heading Toward a Healthier Future
Some unplanned changes can be good. On Monday March 4, with no forewarning, I decided that it was time to start working my way toward the eventual goal of becoming a non-smoker. Like a lot of people in my and previous generations, I started smoking while still in high school, meaning I've had this terrible habit for about 35 years. Also like most (if not all) smokers, I've started to run into some unpleasant health issues as a result of my smoking. While I don't have a solid plan for quitting entirely just yet, I chose to start the process by drastically lowering the number of cigarettes I consume per day. This first part has been both surprisingly easy and, at the same time, super stressful as I can constantly feel the lowered levels of nicotine in my body. It's a substance that is as addictive as heroin, and there are both physical and mental components to the aspect of quitting, and the withdrawal symptoms can be pretty nasty. I'm hoping that over the next few months, I can wean myself down to the point where I'll have a better chance of quitting entirely. 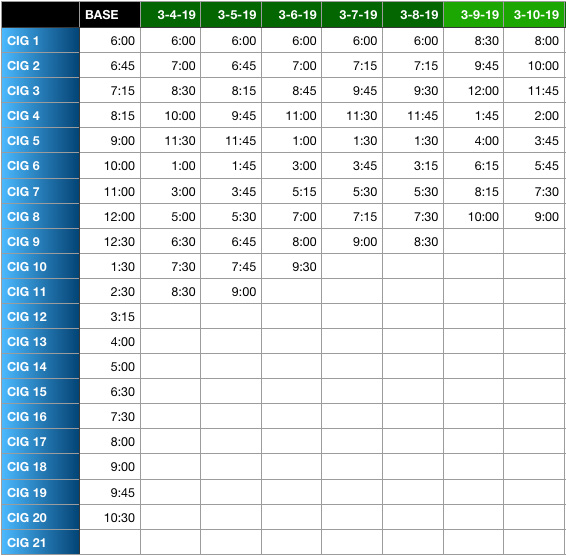 The only way to really get a handle on how much I was smoking was to actually do a spreadsheet. While it's been relatively easy to cut back my smoking by half or more simply by being aware of it, going the rest of the way down to zero is a much more daunting task.
Rest in Peace, Sharon Wilson
I am sorry to say that another March change had nothing at all good attached to it. Christina's aunt Sharon, the lovely lady who accompanied her on recent trips to South America and Europe, died as a result of her multiple bouts with depression. Especially for Christina, who had always been very close to Sharon, it was a terrible shock when we got alerted to Sharon's death on Sunday. Christina immediately booked a flight to Washington so that she could be there to support her family during this difficult time. I dropped her off at LAX yesterday morning.

All I can say is that it's impossible to know what's going through someone else's mind at any time. Severe depressive episodes can arise quickly and without warning, and many people act on them before giving themselves a chance to think things through. If you find yourself battling depression and are having thoughts of self-harm in any way, please make use of resources like the National Suicide Prevention Lifeline. You can call them 24 hours a day at 1-800-273-8255. 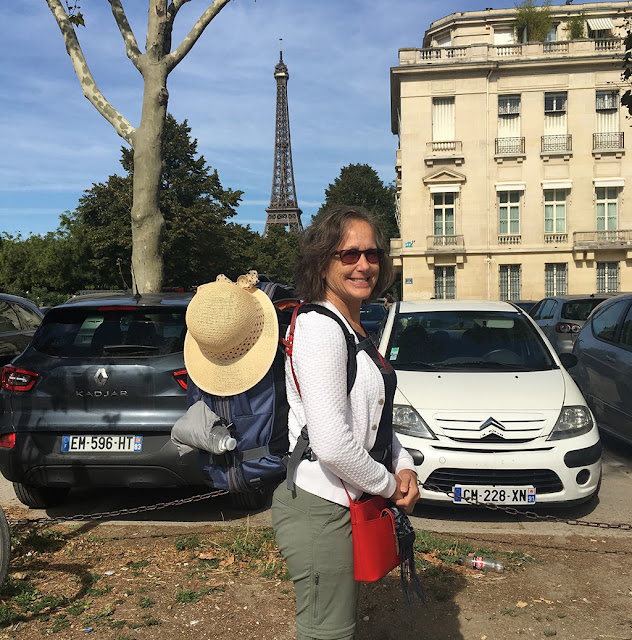 Goodbye Sharon. You will be missed by many.
Butterfly Migration
A change in season can bring about other unexpected moments. As I was on my back patio yesterday (yes, having a smoke -- a more and more rare occasion), I noticed a flurry of small shadows moving across the ground. Glancing up, I immediately sensed something was strange; there were dozens and dozens of small butterflies passing over me, all heading due north. As time went by, the flow of butterflies didn't slow down. I was in awe. There must have been a thousand or more of the little bugs passing by in just a few minutes. Going back in, I checked out Twitter, and sure enough, there was a number of tweets in regard to these mass butterfly sightings in local areas. I decided to mention this phenomenon myself, being a person who enjoys nature.

Not long after that, I noted a direct message to me from a guy asking if I'd be up for talking to KNX 1070, a Los Angeles-area AM news radio station, about the butterflies. Sure, why not? It seems that each time I am actually interviewed for radio shows, it's never about my music, but instead about bizarre local stories like these butterflies, or the time I was on our local NPR affiliate KCRW to discuss our feral parrot population. I called and gave a short interview that was probably boiled down to a one-sentence blurb. I don't know how it came out because I then had a show to do at Serenity Gardens, and was more interested in getting properly warmed up for the show than hearing myself talking about butterflies on an AM radio. More info on this unusually large migration of Painted Lady butterflies can be found here. 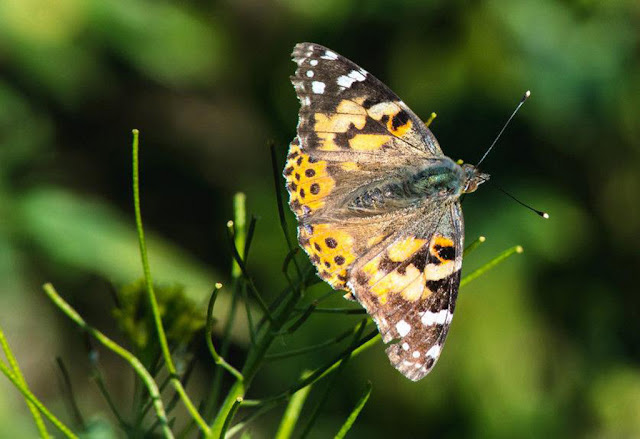 Painted Lady butterfly.
The Show
I can honestly say that I've never had a bad show at Serenity Gardens (perhaps with the one exception of the time my stream took a giant shit and I was unable to actually do the show, which probably shouldn't count anyway). I started a bit concerned about the small crowd until I found out that a bunch of people were having login trouble, or had to update their SL viewer and so on. By the time I was a few songs in, we had a nice little crowd that seemed to be having a good time. 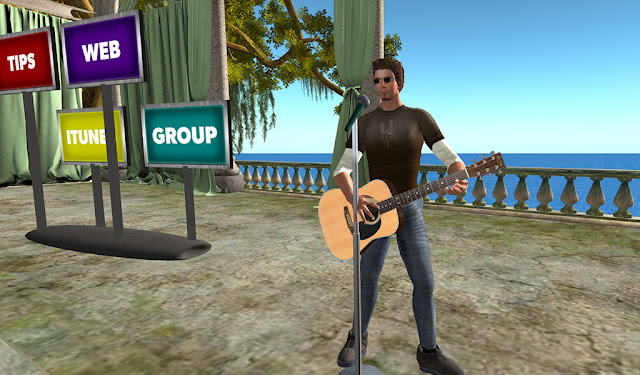 Me, doing my thing onstage at Serenity Gardens. Photo by Diana Renoir.
I can tell you that my change in smoking habits is almost certainly affecting my voice, and in a good way for the most part. It's likely that I'll run into some issues during the process of my lungs getting cleaned out of all the buildup of gunk -- a disgusting prospect, but a necessary one. Since I'm taking this slowly, perhaps it won't be as drastic as I think it will. Either way, at least last night's show went well enough, and I heard some good feedback from people who enjoyed the set.

Huge thanks to everyone who came to the show, with special extra thanks to the following who helped support it!
Rosie Arnaz, keutipie1 Resident, Asimia Heron, Jaron Metaluna, go2smoky Resident, TheaDee Resident, Tyche Szondi, Diana Renoir, my excellent manager Maali Beck, and the fabulous team at Serenity Gardens, Tilly Rose and Ilsa Wilde.
Posted by Zak Claxton at 10:33 AM 0 comments