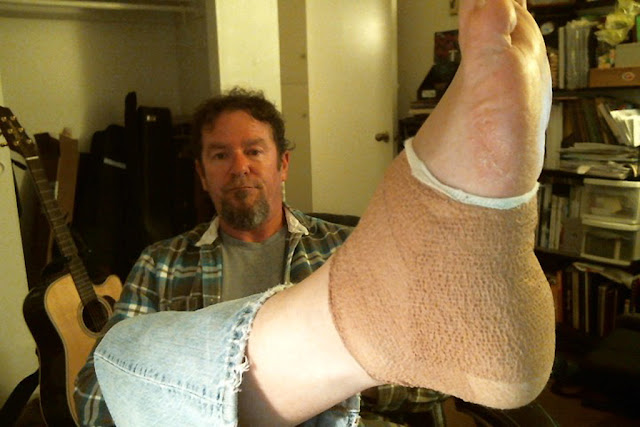 I think there's a saying about things having to get worse before they get better. It sounds like complete bullshit to me, but there is at least one situation in life that many people go through in which it's undeniably true, and that's having a medical procedure that hurts, with the knowledge that it's going to make things better in the long run.

Speaking of "run" that's something that's off my list of things to do for the moment, along with "walk without limping" and "stand without leaning" and "showering with both feet in the tub" and so on. I'll stop complaining vaguely now and tell you that on Friday morning, I had some minor outpatient surgery on my right foot. It was for a fairly common ailment that, while not serious, had been bothering me for something like six months, and it's something that I'll be really, really glad to have out of my life entirely.

But it doesn't really work like that, at least right away. You have to get past the trauma of having a scalpel shoved into you first. So, I've spent the subsequent three days complaining about it to anyone within earshot. And honestly, try doing ordinary things but keeping all of your weight -- in my case, about 180 pounds -- on one leg. It gets old, fast.

On a related note, my experience with the podiatrist I saw was great. She was super friendly, kept me at ease, and there was very little pain while she did the surgery. I see her again on Wednesday morning, when I finally can have this collection of bandages removed from my foot, and assuming all has gone per the plan, things should start getting better quickly after that. I'm really looking forward to little stuff like being able to take a proper shower (I can't get the surgical site wet, so it's been these half-assed showering sessions with only one leg in the tub, so I am being very literal about the phrase "half-assed" in this case). I'm also looking forward to walking and standing with equal weight on both feet. I'm really, really looking forward to doing my morning workout without favoring one leg, something that's plagued me since Thanksgiving or so.

All things considered, I have a lot to look forward to and am feeling pretty optimistic about that. The challenge, as it often is for me and many people, is being patient while the foot heals. I'm a guy who truly enjoys his mundane routine, and even something as small as this throws me off a lot. Can't shower, can't drive my son to school, can't walk without limping, can't exercise... but it's all short term, and hopefully in another week, I'll be back to my normal active self.
Posted by Zak Claxton at 9:20 AM 0 comments 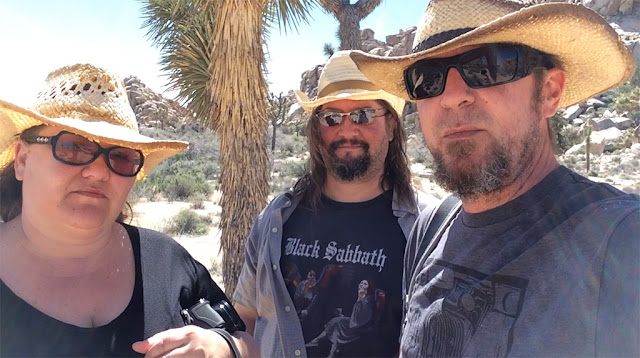 I'm not going to write a novel-length post about our recent trip to Joshua Tree. Almost everything I've had to say about that wonderful desert area has already been said, by me and many others. Instead, here are a few specific memories.

The Mother of Invention
The park was the most crowded we'd ever seen it. Not surprising: the weather was perfect and tons of people were flocking to all of the desert areas in hopes of seeing flower blooms from the recent rains. This didn't impact us very much except in one way: we'd planned on getting some footage for a They Stole My Crayon music video at Barker Dam, and it was so packed that we literally could not find a single parking spot, much less plan on a secluded filming location. So, we blew that off and instead went to an area of the park none of had been before... right next door at Echo Rock. The base of the rock formations there is a dry river bed, and perfect for what we wanted to do.

Bunny and Snake
Bunny had spent his entire life without any close encounters with rattlesnakes (the one poisonous snake indigenous to our area) until a couple of years ago, when he had a terrifying experience in the Santa Monica mountains while walking his dogs. Well, on Sunday of our trip, he took two steps off the trail to photograph some flowers, and was met with a huge specimen of Crotalus oreganus. Looking down at this scene from a rock that I'd scampered up, two things happened in a split second: first, I heard its rattle, which was shockingly loud. Next, I saw Bunny jump back in what seemed to be a world record-setting reverse broad jump, scratching his legs up on some dry brush in the process. Other than the resulting cuts and scrapes, no one was harmed in this adrenaline-inducing desert moment.

Shooting the Video
We didn't have a specific plan for making a video while on our trip, and had we gone there and left the cameras at home, it would have been a great little vacation regardless. Since we had all three members of the band together in one spot, it seemed like a good idea to try and grab some footage just in case something could work. It's a lovely location, after all. So a few times over the four days, we filmed ourselves in various places in the park and near our little cabin, Casa Rosita, doing lip-synch to our own music. While we do intend on doing more planned, storyboarded, "produced" videos for other tunes, "Blew the Dust Away" had a musical vibe that we all agreed would work for the footage we got. So, after getting home and doing some creative editing, we were able to formally debut the resulting music video the following weekend (Sunday April 2, to be specific). Check it out.


In case you're interested in such things, we shot it on Kat's Nikon Coolpix at 1080 60p, and edited in Final Cut Pro X. I think we were surprised that the result of this $0 budget video came out with little compromise than what we'd have wanted regardless of budget for the "Blew the Dust Away" vibe, and we're proud to finally have an official music video out there for The Crayon! 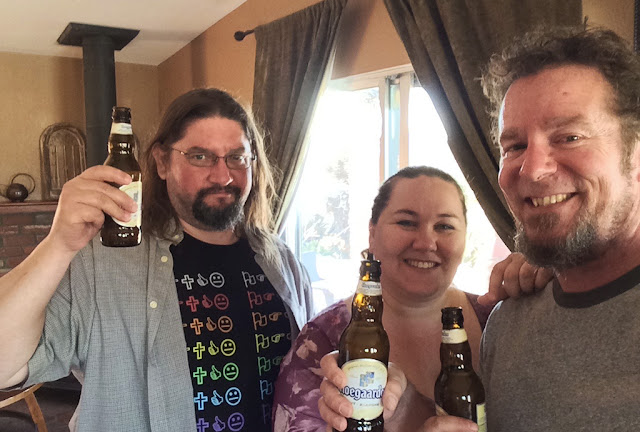 Beers at Casa Rosita, our little unofficial home in the desert. 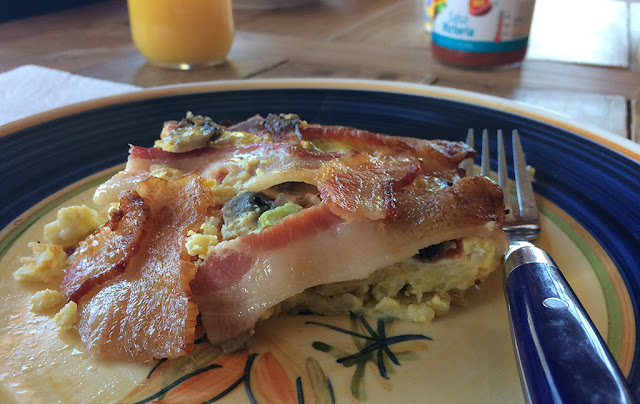 We did some good cooking on this trip, including this egg bake brunch that Christina whipped up. Yum! 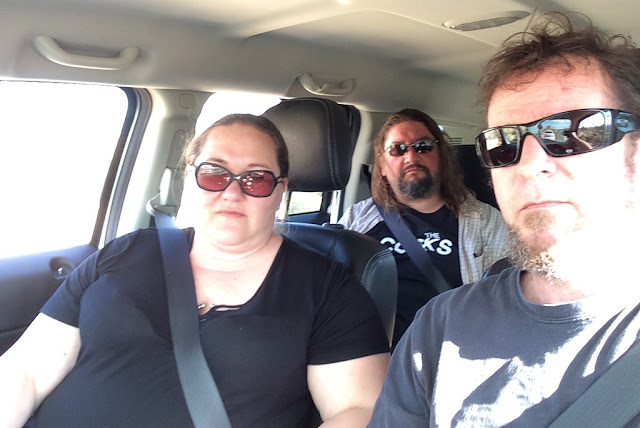 The Crayon in the park in the Jeep. 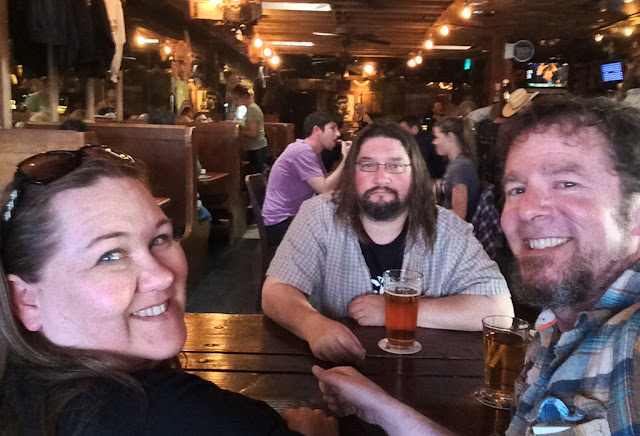