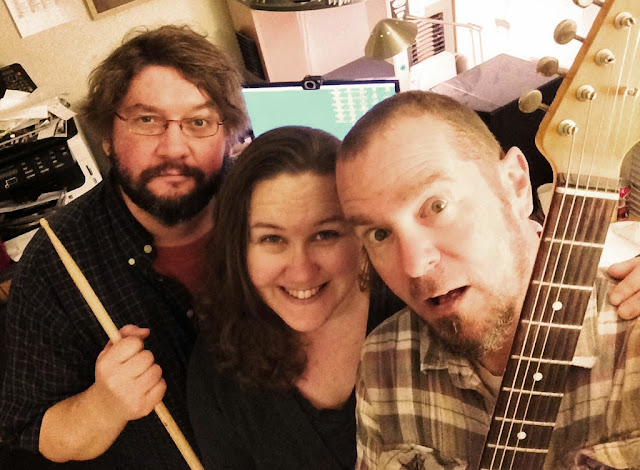 After a typically non-eventful New Year's Eve (Kat and I are past the point in life when going out and staying up super late and getting hammered is on our list of fun things to do), we had a terrific start to 2015 by having our pal and bandmate Bunny come by. Bunny's actual reason for making the short trip from the Valley down here to the South Bay was simple: he was picking up his drums because he's going to use some open studio time and do some live drum recording for our upcoming album. But anytime Bunny is here, it's a good reason to have fun, and we did.

Oddly, we started by watching some football. Bunny's alma mater, University of Oregon, was playing in the Rose Bowl versus Florida State, and he wanted to check out the game. I'm pretty sure we were good luck charms; within minutes of planting our asses in front of the TV, the Ducks started destroying the Seminoles, and ended up blowing them out entirely. During the second half, Kat went out to bring us back a delicious Chinese food meal from Top Wok across the street. Once the football and gluttony parts of the day were over, we headed upstairs into my little office/studio, talked about music, and then did a little song demo that we made up on the spot. Side note: why do we say that something was "made up on the spot"? Isn't everything made up on the spot? How else are you supposed to make something up? 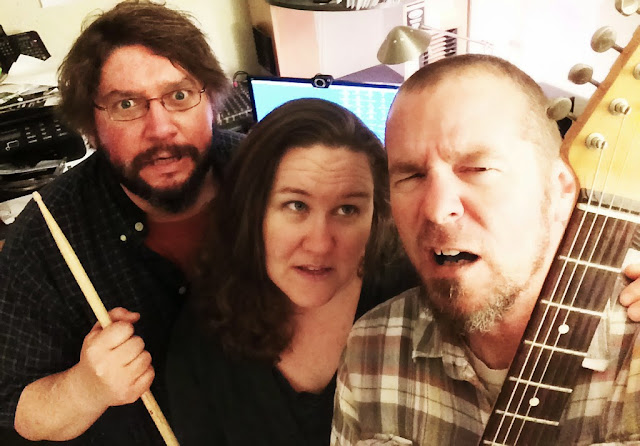 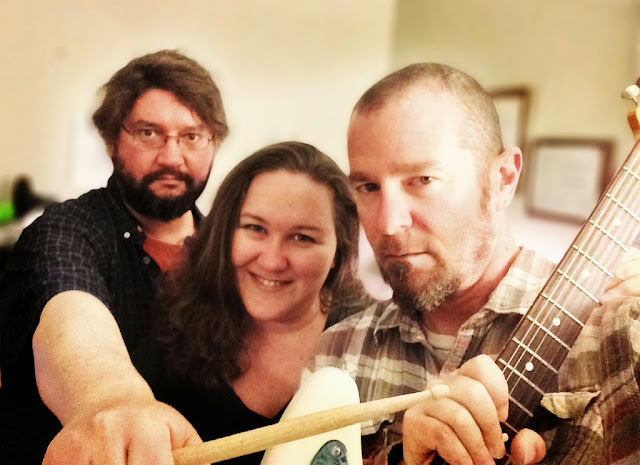 In any case, we made a little tune which may grow up to be a real song someday, and Kat and I drank coffee while Bunny abstained -- he's all but abandoned caffeine entirely for health reasons, and we applaud his efforts. Actually, Bunny's seeming very healthy and fit these days, and we're happy for him. Eventually, we got around to doing what was intended; we broke down Bunny's drum kit and packed it in his car. After that, I remembered that we should take advantage of having all three of us together to take some band photos, which you see here. And then, Bunny bade us farewell and hopped into the night. I mentioned to Kat that as far as New Year's Days go, this was a particularly good one.