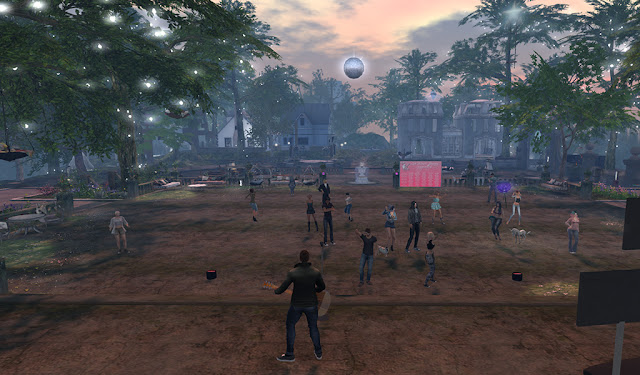 Serenity Gardens, a lovely virtual place to spend some time with me and my music every other Monday night. Photo by Kat.
In typical years, I'd have written a lighthearted post about having performed on 4/20, and probably included some info on the supposed reasons that "420" has long been a code name for anything having to do with marijuana. For those of you who are wondering, the "420" reference goes back at least to my own high school days in the early/mid '80s. My own assumption at the time was that 4:20PM was the ideal time to get high. You were off school, you had time to get home or perhaps meet up with your stoner friends, the parents weren't back from work yet, and you could put on your Floyd album and chill instead of doing homework or whatever the fuck you were supposed to be doing on a Thursday afternoon. That was my thought at the time, anyway.

But, as we all know, it's anything but a typical year. I will tell you something that I mentioned to my audience last night at Serenity Gardens, and it's that I never do my live shows in Second Life impaired by drug or alcohol use. Never. Zero. Zilch. The reason is not that I'm some kind of saint who doesn't touch intoxicating substances. I don't do shows while impaired because I am incapable of doing them well in an altered state. I get too self-conscious, and that goes against the free-flowing vibe of my show. You would know if I was high while performing. I would relate to the audience less, be more self-conscious, and wouldn't play guitar or sing as well as I do (which isn't completely amazing to begin with and certainly doesn't need any help being worse). Plus, I'd be more prone to be anxious and less focused on playing music and making sure people were having fun. None of it adds up to a good experience for myself or my crowd. I stopped performing while intoxicated in my early 20s after a number of pretty awful gigs whee I should never have been up on a stage. Anyway, now you know. The fun and silly Zak you see and hear at SL shows is just me being my usual self (which is why I often refer to myself at show as "the musical fool of Second Life").

Grocery Store Day
It's Tuesday, which has become my grocery shopping day here in pandemic land. Let me explain something to you: I live a block and a half from my local Vons grocery store. I can walk there in under three minutes, door to door. Having lived in this neighborhood since 1995, I've been very familiar with treating the store like my personal pantry. Out of something like eggs or milk or whatever? No problem. Bip over to Vons, buy it, be back in 10 minutes total. No problem.

Obviously, COVID-19 changed all that in a huge way. First, like most smart people, we're trying to minimize our exposure to other human beings, meaning that instead of making a shopping trip whenever we feel like it, we make sure to go rarely and just get all that we'll need to last a week or more. Side note: many things, we do buy in advance, like canned goods and other non-perishables. But for things with limited expirations, or things you use a lot of on a regular basis, you have little choice other than to shop every now and then.

Anyway, Tuesday is my shopping day, and I'm indeed running low on a few essentials. I think the first couple of times, I was too distracted by the newness of everything... "Look, people are starting to wear masks! Oh no, there's still no toilet paper!" and the like. But now, as we grind through the weeks and weeks of quarantine, the thought of going to the store is just a big ball of anxiety. It's nothing terrible; not like panic attacks or anything like that. But it's definitely not something I look forward to, other than getting it over with. Frankly, I don't like being near people at all these days. I find myself slightly holding my breath when I have to pass by someone in an aisle, even if we're both wearing masks (as is the law right now). I don't like having to look behind me to make sure I'm not having my social distance violated while in line at check-out. And the last couple of times I went there, I had that psychologically-induced sensation of feeling like bugs were crawling on me when I got back. Some of it is pure paranoia, and some of it is prudent caution in the face of a pandemic. So despite all that, my family needs things, and I'm the designated person who handles that, so as always, I'll do what I need to do to make sure my family stays well (and well fed). 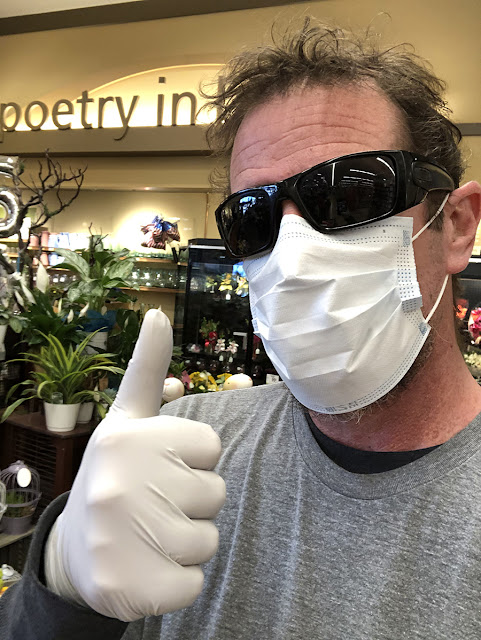 Me in my pandemic outfit inside Vons. 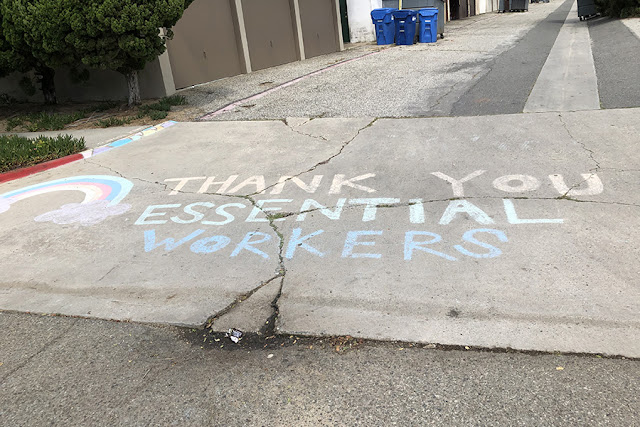 The one saving grace about going outside anywhere is seeing stuff like this.
The Show
I didn't think I had a specific theme going when I put together my set list for last night at Serenity Gardens, but as I played through the songs, it became apparent to me that thoughts of isolation and loneliness were common ground for many of the songs I chose. It's funny, because I'm not really burdened by those thoughts and feelings... it's more from the empathy in seeing it in other people. One note: I did my song "Broken Day" which for a variety of reasons I had put aside for a long time. A quick Google search tells my that my last performance of that song was on March 6, 2014 at the final show at Molaskey's Pub... over six years ago. I actually found I enjoyed doing the song last night regardless of its self-pitying vibe, and I'll probably whip it out more often.

All photos by Kat. 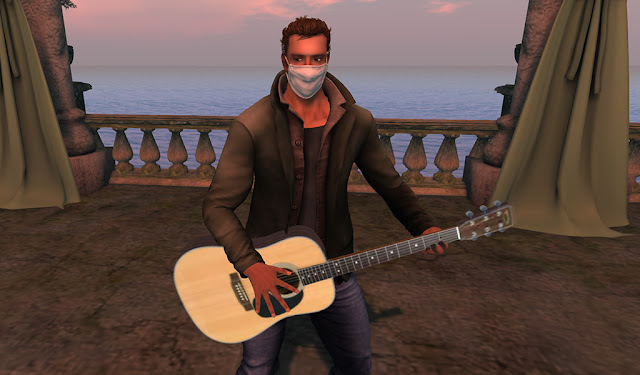 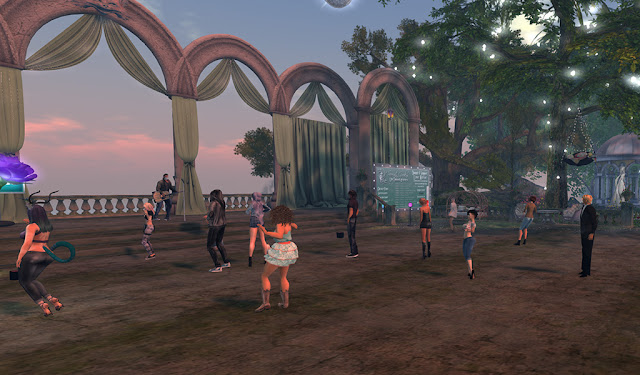 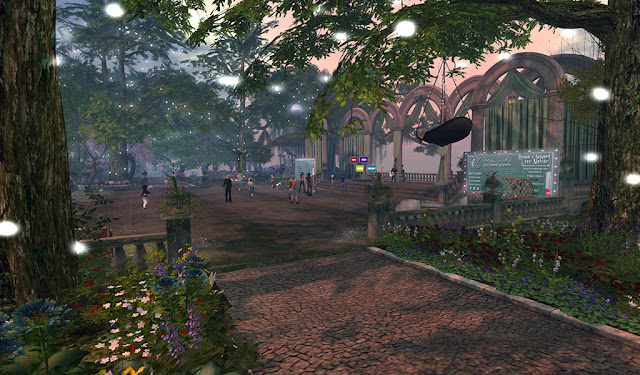 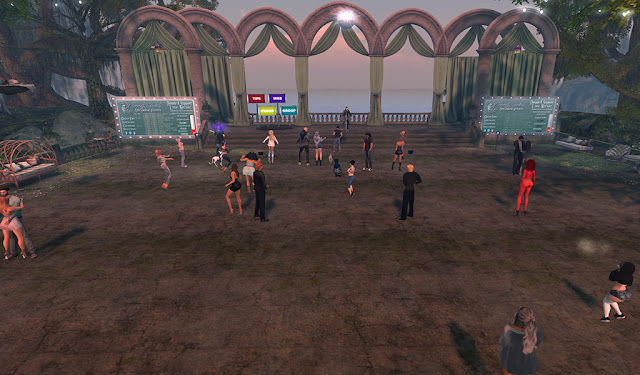