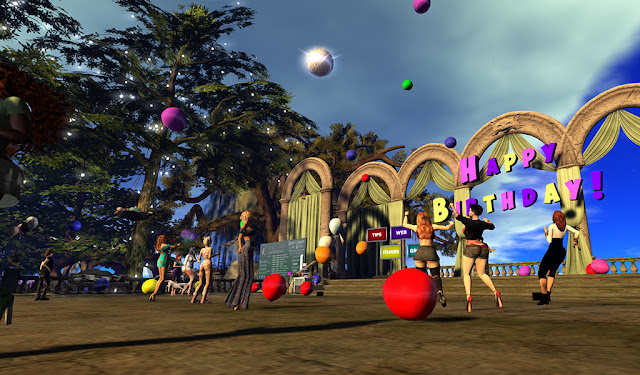 It was a fun show at Serenity Gardens with a surprising number of simultaneously birthdays among the Zaksters. Photo by Kat.
I do want to tell you about Monday night's fun show at Serenity Gardens in Second Life -- it was a really good one -- but first, I want to talk about school.
I am a parent. I don't mention that a lot; over the course of my life as a musician, my son's privacy was always of importance to me, especially when he was younger. He's a 21-year-old man now, but when I started performing as a solo artist in 2006, he was just seven years old. In any case, I've been through the entire experience of having a school-aged child, from Kindergarten through his high school graduation in 2018.
What the Fuck, Orange County?
It was recently announced that the Los Angeles Unified School District and the San Diego Unified School District would be be reopening for the fall semester via remote learning only. These are not only the two largest school districts in California but also represent two of the largest in the country. In the midst of a pandemic, I can't imagine any way that an in-person school experience could happen at the moment.
Think about what grade school is like. You're jammed in a small room with 30 other kids and a teacher. In elementary school, you're often in that same room all day, with short breaks for recess and lunch. You are breathing the air that's being exhaled by all the other kids. I know for a fact how quickly and easily viral and bacterial infections go around at schools. I can't tell you how often I got ill from colds that my young son brought home with him during those years. As a result, my nickname for his elementary school, in fact, was "the petri dish".
In between LA and San Diego is a place called Orange County. Like most places in Southern California, Orange County represents a wide variety of socio-economic zones, from the very wealthy to the very poor. While OC has tilted to a slightly more liberal view in recent times (as shown in the 2018 midterm elections), it is classically the most conservative area of Southern California.
A couple of days ago, the Orange County Board of Education voted 4-1 to reopen schools next month with in-person instruction. While that seems like a terrible idea on its own, that's just the tip of the iceberg. They are opening the schools with no requirements for masks or social distancing. None at all. In other words, they're going to just pretend that the COVID-19 pandemic, a disease that has killed over 138,000 Americans, doesn't exist.
Don Winslow just produced this short film on the topic of schools reopening this fall in the face of the pandemic. Thought it would be pertinent here. #NotMyChild
It's Getting Worse, Not Better
COVID-19 is not getting better or going away on its own. It's getting worse, to the point that yesterday, the state of California has to step back its reopening process, once again closing down bars and restaurants, movie theaters, and more.
If I was the parent of a school-aged child and lived in Orange County, I would be seething with anger today. I would be livid. And, regardless of the consequences, there's no possible way I'd send my child into a situation where coronavirus transmission is a near guarantee. If I was a teacher, or had one in my family, I would have to be a psychopath to allow the job to claim my life or that of my loved ones.
Not everyone has the option of enrolling in a private school, or just moving away to a safer area. However, I would never in a million years just accept this decision by the OC Board of Education, which seems to have been made to satisfy political aspirations rather than the safety of the children and teachers. The entire idea is ludicrous. My entire purpose as a parent is to ensure that my kids have the safety to grow to adulthood. Handing them off to an institution that obviously has no concern for their well being is unthinkable.
The good news is that a number of the actual school districts who serve Orange County seem to understand what a horrifyingly bad idea this is, and will be instituting their own policies about reopening and the conditions for in-person instruction. Let's hope that this works out despite the efforts of the Trump administration to decimate our population.
New Tunes, Chill Vibes, Good Times
Sigh. I'm really not an angry or pessimistic person. Quite the opposite, most of the time. These situations are too important to ignore, so I do talk about them... here, on social media, to friends and family, and so on. But when I'm doing a live music performance, I do try to keep in mind that most of the people who come to my shows are looking for a little relief from the extraordinary difficulties of the world in which we live today. 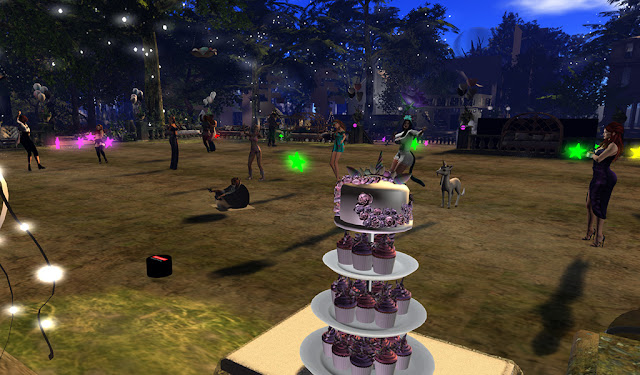 I like performing SL shows where it's the birthday (or rezday) one (or more) of my audience members. I tend to randomly dedicate songs to people regardless, but it gives me an opportunity to have an actual reason to sing at specific people. Photo by Kat.
Last night's show was purposefully very mellow for that reason. I chose songs from a variety of eras and styles that had an easygoing vibe. Sometimes it's good to dial the intensity controls back a bit, and that's what I did at Serenity Gardens. As I've mentioned many times, I like doing songs I hadn't performed before, and one got gift-wrapped for me in the form of Neil Young's new album Homegrown. While Neil wrote and recorded the album in 1974/75, he never released it. He'd gone through a difficult breakup with actress Carrie Snodgress, and when the album was finished, Neil felt it was just too personal to put out. Instead, at the time, he put out a kind of insane (but great) album called Tonight's the Night. But here we are about 45 years afterwards, and he released Homegrown after all, and a few of the songs on there are just fucking great. I used the opportunity to do the song "Vacancy", which resonated with me immediately. I also did a Gerry Rafferty tune that I'd been meaning to do for years but never got around to it. 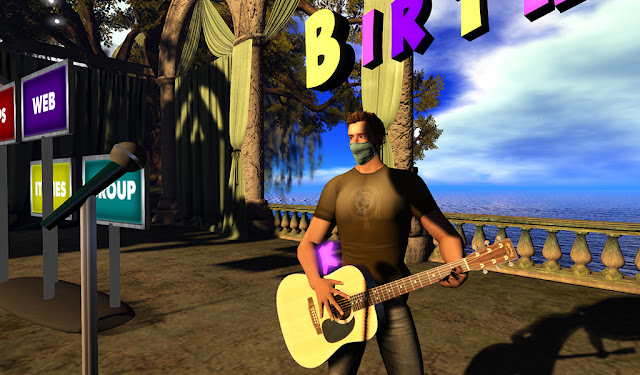 One neat thing about SL: I can wear a mask while I sing in world. Here in the land of flesh and germs and stuff, singing is one of the activities that spreads COVID-19 and other germs over a large area, so while I can do this with no unwanted results in a digital realm, I won't be singing in a small room with other people any time soon. Photo by Kat.
Side note: it was the birthday of hardcore Zakster Trouble Streeter, as well as of Serenity Gardens hostess Tilly Rose, so I made it a point to dedicate "Right Down the Line" to Trouble, and did everyone's favorite Zak tune "Pickles" for Tilly, since I know she seems to enjoy it.
Another note about the show: I almost always have someone onstage before me at Serenity Gardens... in recent months, it's been Grace McDunnough at the 5pm slot, which I follow at 6pm. However, Grace wasn't able to do the show last night, so I was on my own. Surprisingly, even without the support of having her and her fans there beforehand, we actually pulled together a nice solid crowd, and from what I could tell, everyone seemed to be enjoying themselves. Musically, things went really well. Also, I hung out after my show ended to hear some of StayAwayJoe's show. He's an Aussie guy and sounded really good while I chilled (and toweled off) after I was done playing. In any case, I've really got nothing but good things to say about this show. I give myself 4/5 stars; would recommend me to a friend. 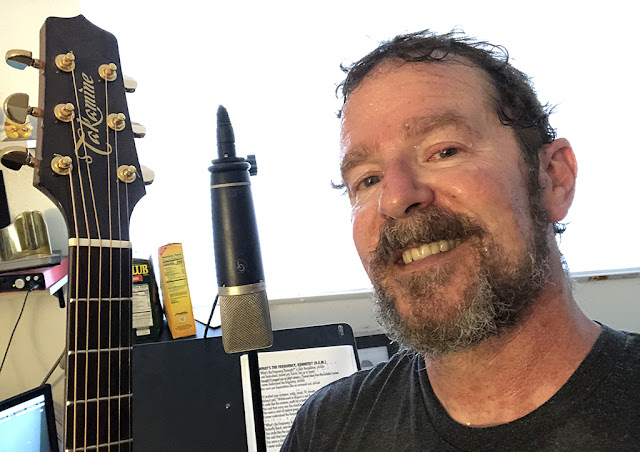