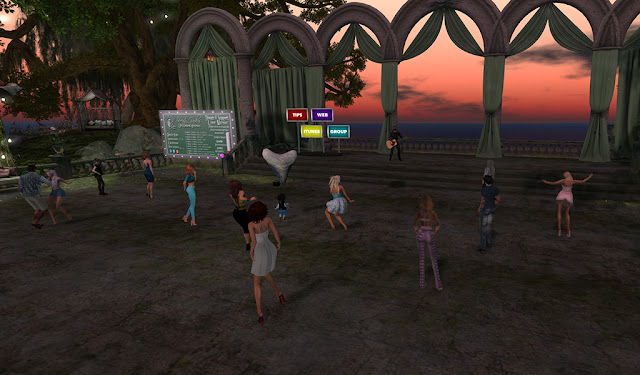 I'm having one of those moments where there are so many topics I could tell you about, it's somewhat difficult to choose the order of things or what to say at all. I guess the only solution is random blathering, in lieu of my making the effort to organize my thoughts before writing. Way too much planning and organization for a Tuesday morning. Sorry in advance.

Nick Drake
So, last night at Serenity Gardens in Second Life, I did a Nick Drake song I hadn't done before. In my opinion, it's one of his finest: "River Man" from his 1969 debut album Five Leaves Left. That kid was just 21 years old and already writing with a depth of feeling that is nearly inconceivable for a person that age.

I'm not going to write a biography of Nick Drake here, but I will give you the super fast version. Talented guy, born in 1948, grew up in a small town south of Birmingham, UK in a well-to-do and caring family. He wrote and recorded these amazing songs and was an incredibly talented folk-style guitarist, but he was chronically shy and had difficulties performing live as a result not being able to engage the audience at all. He also had to tune his guitar differently for each song he played, leaving long gaps between each song. People didn't know what to make of him. He did three albums between 1969 and 1972, but due to his inability to promote himself through strong live performances or other self-promotion necessary for musical success, none of them sold well at the time.

Nick suffered from social anxiety and severe depression, and in 1974, at age 26, he died due to an overdose of prescription medication. It's unknown to this day as to whether he intended to kill himself. His music remained deep in the underground for years afterwards until 1999, when Volkswagen used his song "Pink Moon" in a TV ad, and suddenly everyone wanted to know who wrote that hauntingly lovely song. It's a bittersweet fact that his music finally gained the recognition it deserved, decades after his death, and a number of his songs -- the aforementioned "Pink Moon" along with "Things Behind the Sun", "Northern Sky", "One Of These Things First", and now "River Man" -- are among the most played tunes in my live sets.

84 Days
There are 84 days remaining until the 2020 general election in the USA. I beg of you to please vote, and to encourage every person within your world to vote as well. It's easy to do. If you're an American aged 18 years or older, please visit vote.org where you can register, confirm your voter status, sign up to vote by mail, and more. 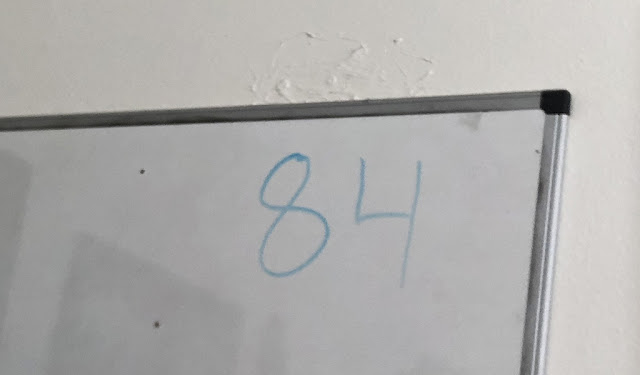 Are we counting down the days until the election here at Casa Claxton? You bet your ass we are.

Alanis Morissette
I'm not a nostalgia guy. I don't think that my teens and twenties were the best time of my life. I find that thought thoroughly depressing, frankly, and feel sorry for anyone who can't appreciate the moment. That being said, I had just turned 26 years old when Alanis' landmark album Jagged Little Pill came out in 1995. Side note: everyone thinks this was her debut album. It wasn't. It was her third album; she'd released two of them previously, but they were only known in her native Canada. Anyway, the release of JLP was one of those cultural moments akin to the release of Nirvana's Nevermind five years earlier where you just knew that it was going to have an influential effect on music for years to come.

Anyway, Alanis didn't disappear after that. She kept making music, but frankly very little of it had the impact that her first major international release did. So, the other day, I get a suggestion on YouTube for a video of a new song from Alanis, and I checked it out. It was... nice. Very family oriented. I wasn't trying to be disparaging when I described it as "Mommy Rock". She's a 46-year-old woman with three kids now, and she always tended to write in a direct way about very personal emotions and experiences, and it makes sense that her worldview is that of the person she is today... something I applaud.

That being said, seeing and hearing her in this new music video also reminded me that I'm not 26 and she's not 21, and our respective lives are obviously very different than they were in 1995. But it also inspired me to go back and listen to some of her earlier work, and just for the hell of it, I decided to cover "Ironic", a song that I actually used to poke fun at since none of the lyrical themes are actually ironic. The song should have been called "Bummer".

COVID-19
I don't know what to say about this. The idea that a pandemic has somehow morphed into a political hot topic is beyond sad. As has been said many times, a virus doesn't care which way you vote. Wearing a mask or paying attention to social distancing guidelines doesn't make you a member of any specific political outlook. And what's happening is the extension of the virus's impact which, in a world where literally everyone helped each other by isolating and wearing personal protection when interacting, could have likely been under control by now.

But it's not. Yesterday, I got the official notice that the 2021 NAMM Show (a large trade show in the industry of music/audio products where I've spent my entire career) is cancelled. No surprise there; getting 100,000+ people from all over the world in a single location was never a real possibility under the pandemic circumstances. Still, I've worked that show every single year since 1993, and it's going to be extraordinarily weird for me to get into January of next year with no NAMM Show to prepare for and execute.

Will I still be doing a ton of work around that time to help my clients introduce new products around that time? Of course, and the workload might be equal to or even greater than getting ready for a familiar in-person event. But like so many other things in this current era, it's just one more aspect that indicates beyond all doubt that what we used to think of as normal is gone, and in some cases might be gone forever. Again, it's a good thing I'm not a nostalgia guy. 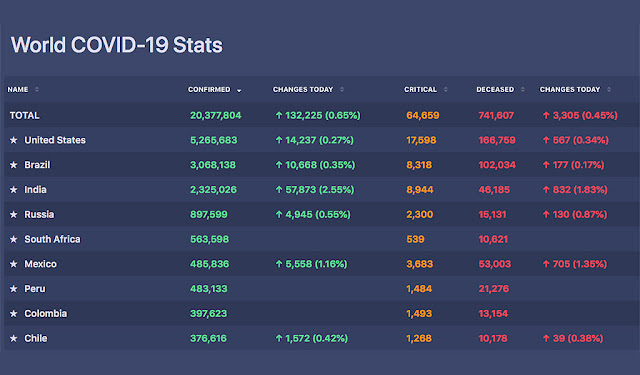 It's not going away on its own. Until there is a proven and safe vaccine, you will not find me out among groups of people under any circumstance that isn't absolutely necessary.

The Show
I continue to be appreciative of the schedule at Serenity Gardens on my bi-weekly Monday night shows where I perform directly after Grace McDunnough. Don't let anyone tell you otherwise; whether in SL or on real life stages, the artist or band who performs adjacent to your time slot makes a huge difference. If their style of music doesn't align somewhat well with your own, there's going to be a huge turnover of the audience. Not all of Grace's fans are into me, nor would I expect them to be. But I can say that I get a big benefit of having a receptive crowd there right from the start of my shows. Plus, she is such a great talent that as I'm listening to her while I get ready to do my own show, I feel inspired to perform well. I am literally a better performer because of her. 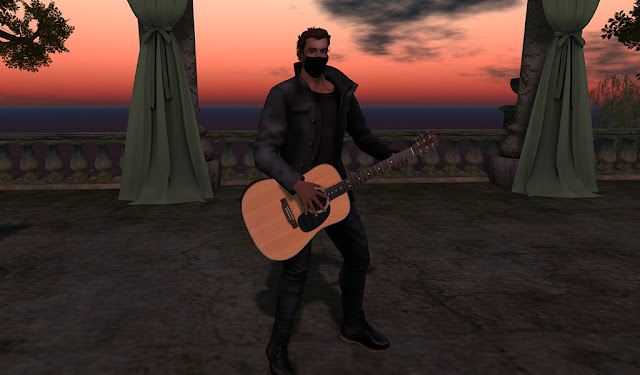 Me onstage, still masked up even in the virtual world. Photo by Kat. 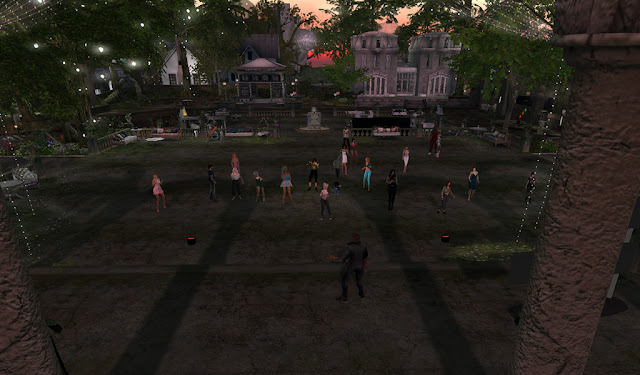 I truly love Serenity Gardens. I've done some of my finest live shows there over the past three+ years. Photo by Kat. 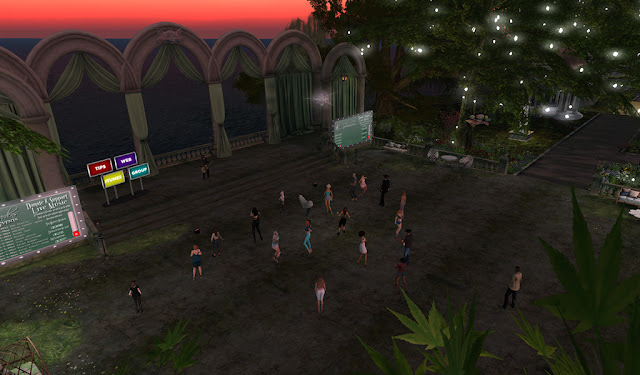 What a lovely evening, in both SL and reality. Photo by Kat.

So, we had a good crowd, and I was pretty happy with my set list. In addition to the two new songs mentioned above, I decided to stay mostly within a mood theme that invoked some level of melancholy. It's not that I'm feeling sad; I'm not. I'm fine, given the circumstances of life in 2020. But the world itself has had a lot to handle lately, and sometimes there's a cathartic effect when you throw that sadness back at itself, if that makes any sense.

Huge thanks to everyone who came out to my show... you are awesome! Extra special thanks to the following people who helped support the show!
Hippierider65 Resident, SurfSide66 Resident, Tyche Szondi, Lauralynn Foxtrot, 4REIGN Resident, Trouble Streeter, Aurelie Chenaux, Kat Claxton, Kat Chauveau, Stratus Mactavish, my excellent manager Maali Beck, and the fabulous team at Serenity Gardens, Tilly Rose and Ilsa Wilde (and my guest host last night, Sharky)!