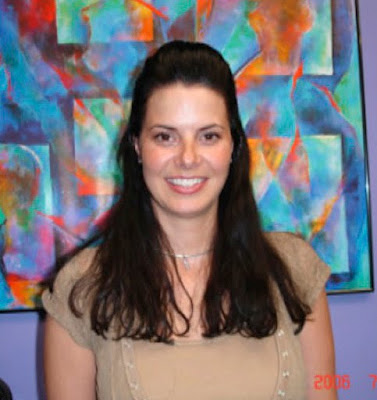 These are my least favorite kinds of blog posts, and the less often I have to make them, the better off I am.

Delinda isn't my first Second Life friend who passed away, nor will she be the last. But there was something very special about her, and it's obvious that I wasn't the only person who recognized it. In fact, the outpouring of memories via people from all over the virtual world is astonishing. Delinda made friends in the worlds of music, of art, of sailing, and just about any other aspect of SL that she touched. Who can say what it was about her that made her a person who seemed to grab you like a magnet and draw you in? I can tell you a few things: first and foremost, she was funny. You had no choice but to laugh at her antics. Second, she was warm-hearted. You could spend just a few minutes chatting with Delinda, and you'd feel like you'd discovered a long-lost friend.

Perhaps beyond those things, though, was that the more you got to know Delinda Dyrssen, known in real life as Denise Williams, the more you'd be amazed by what she'd been through, and yet managed to stay a strong person. I won't rehash everything here; her close family friend Dan wrote a remarkable eulogy that's well worth a read... check it out here. As you can tell, this was a lady who endured a lot of hardship, and yet still remained a person who -- instead of being consumed by self pity -- was an inspiration for others, many of whom hadn't had a life nearly as difficult as her own.

I first met Delinda back in 2008. She popped up at one of my live shows in SL, and from the very start, had me laughing while I was onstage trying to sing and play guitar. She'd get so excited about a certain song or something going on, or just from seeing her friends teleporting into a venue. It was completely infectious, and when she was at a show, it meant everyone else was having a great time as well. I won't claim we were best pals, but in the small world of the Second Life music scene, Delinda was a constant presence, and we did get to know each other as time went by. I found out that she lived not very far from me here in Southern California, and we actually spoke about getting together to have lunch along with my ladyfriend Kat so we could chat about some thoughts in regard to the SL music scene. 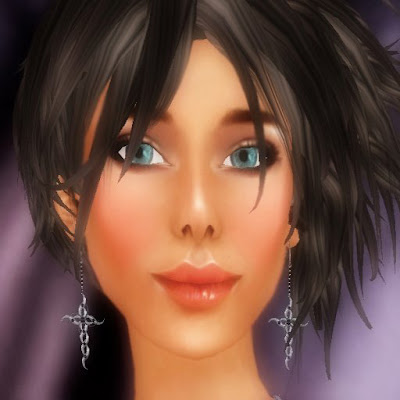 Delinda in SL as most of us knew her.

In August of this year, I started trying out a new way of doing remote/virtual music performances, via StreamJam on Facebook. At one of my first shows, Delinda popped up front and center, and got everyone to turn around to take the picture below. That pic ended up being used by the makers of StreamJam (with Delinda's permission -- she was happy to give it) to put out as a press release which you can see here. Having Delinda in my crowd was like having hired the world's best promoter/cheerleader; everyone had fun when she was around, and my job as a musician got a million times easier, since people were already having a great time due to her mere presence. 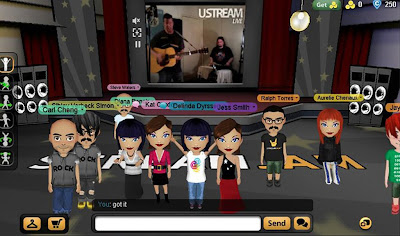 The picture that Delinda took at my StreamJam show in August ended up being used for the press release. There she is, front and center.

In September, after she saw me playing one day, she asked if I could play at The Pocket for one of her famous Friday night extravaganzas. I was happy to do so, and it ended up being a terrific show for me. Delinda was delighted by the fact that I took a couple of minutes and made a little promo video for the show. It was completely within her nature to point out to everyone that I (and subsequently Pato Milo) did our silly videos for a show, and to spread the enjoyment around. That's just the type of person she was.

I was already a little concerned about Delinda around that time... she seemed to be burning through energy so fast, it was exhausting just to try and keep up with her. Then, I was amazed when I found out that she was leaving for a trip around the world with her brother. I made her promise to send us regular updates as to where she was and how she was doing, which she certainly did. I found myself looking forward to her Twitter updates.

I think we all know what happened next: on Friday 11/19, we found out the terrible news that her body began to reject her transplanted kidney. I, along with everyone, assumed that if anyone could fight past this setback, it would be Delinda. I'd hoped to wake up Saturday morning and find out that she was okay. That was not to be. Her passing was devastating. Kat and I spent a good portion of the day at her beloved venue The Pocket, where we hung out with a group of Delinda's friends... there are many of them. We talked about what made her such an amazing person, and what a huge loss her passing has been.

It's not easy to honor the legacy of a person like Delinda. She set a high standard for everyone else to try and live up to. But the least I can do at this moment is to make sure you're aware of a cause she passionately supported: paired kidney donation. I highly encourage you to click the link below and get information on how compatible kidney donors and recipients can find one another:

In Second Life, a group of Delinda's friends and admirers are putting together a memorial event that will also be a fundraiser for kidney disease treatment and awareness. I can't speak for Delinda, but if just one life is saved as a result of her mission to spread the word about this cause, it would have brought a huge smile to her face. And smiling is what I do when I think of Delinda. I know I'm not alone in that regard. Rest well, Delinda; you earned it.
Posted by Zak Claxton at 9:00 AM