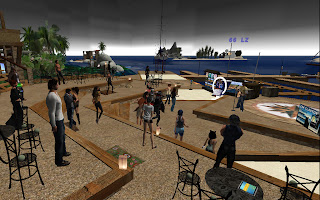 It's been a busy week, and I'm glad to be relaxing on a Saturday (and actually working on some new music right now for They Stole My Crayon). While I have this rare moment of chill, I thought it would be nice to write my usual little report from my most recent show in Second Life at Key West.

I have little to say other than I always walk away from shows at Key West with a smile on my face. We had a superb crowd on Wednesday night, and I enjoyed pulling out a good number of original songs at the show. Also, it had been awhile since I'd heard Gina Stella (she followed me at this show), and forgot what a cool voice she has. Hope to hear her again sometime soon. Anyway, the photos can tell the rest. 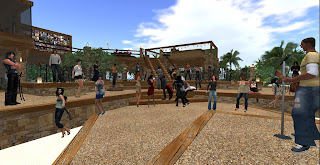 If it's an early show, I'll often start with just a few people at Key West, but then the crowd swells quickly. Photo by Triana. Top photo by Kat. 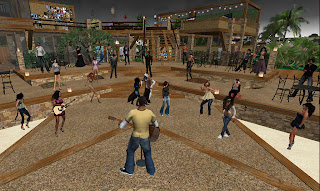 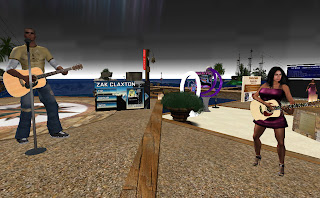