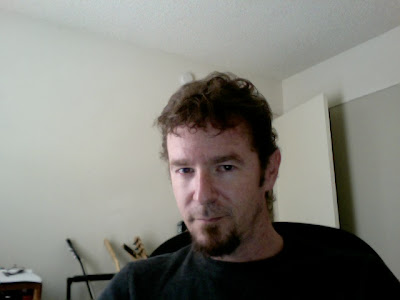 The word "final" can be simultaneously reassuring and terrifying. It has that "finality" thing going for it, which is good if you're looking to get something finished, and bad if you're not 100% sure it should be finished. But to coin a particularly overwrought cliche, all good things must come to an end, and let there be no doubt: the creation of my album has been beyond a good thing. It's been great. Absolutely fantastic, the whole thing, from writing the songs, to proving their mettle in live performance, to staying up into the wee hours getting that background vocal recorded the way it should be. Most of all, it's been the enjoyment of my great friends and musical collaborators who accompanied me on the journey.

So, what's the deal with "final mixes"? It's pretty simple. As those of you know who have followed along in the creation of my album, you first record a bunch of songs, and then you mix the songs. Are you done? No, not really. What we have so far is a bunch of "rough mixes". Now, the definition of a "rough" mix is really dependent on how good you (or your mixing engineer) is. Mine is terrific... it's Phil O'Keefe, and the guy is not only blessed with amazing ears, but also blinding speed in working with music. The end result is that his so-called rough mixes are, in my opinion, 90% or more perfect in each case. Any music you've heard from my studio sessions are these rough mixes, and very few people would find fault in them, other than a few subjective details.

Thus bringing us to the point of why I'm typing away at you right now. This coming Saturday, October 10, we head back to Phil's studio (Sound Sanctuary in Riverside, CA) one more time. We're not going to record anything... that part's done. Instead of appearing at the studio armed with guitars and drums and keyboards, we're going in with notebooks full of info about all the rough mixes.

What kind of info? Well, let's just say that musicians can get pretty ridiculous in their level of detail in how they analyze music... sometimes, too much so. Overanalysis can actually make it worse, rather than better. But in any case, it's better to give yourself the opportunity to make any (ulp) final changes to a mix of a song before you send it off for mastering. Once it's mastered, it's done, and that's the version that's going to go out and be replicated onto a lot of CDs, and uploaded for sale on iTunes and Amazon and so on. In other words, you'd better be happy with it before then, because there's no putting the genie back in the bottle afterwards.

Who's job is it to make the final decisions on this stuff? Ultimately, it's mine, but there's a pecking order which has been set up to allow for the fact that I sure as hell don't know everything, nor do I represent all tastes. I named Phil as the co-producer of the album, meaning that in addition to his work recording and mixing, he's also been welcomed to make independent creative decisions, and be a major opinion-holder in terms of the final mix. Who else? There's Bunny and Ken, who directly contributed their musical talents to the recordings and do have a say in how the stuff comes out in the end.

Then, on a bigger picture, there's the input I've received from all over the various online music communities of which I'm a part. Both privately and publicly, I've sent out these rough mixes and solicited opinions from people who seem to appreciate music in a similar manner as me; I've taken their voices into account as we move toward making the (here's that word again) final mixes.

What, exactly, happens on Saturday? Again, it's pretty simple. We walk in with our notes from having listened to the rough mixes (about a thousand times each, in my case). Then, we sit down and listen to the songs yet again, comparing our notes to what we hear, and confirming with each other that something requires changing at this stage. It's important to again note that the majority of what you've heard on the rough mixes will be very similar to what you'll hear on the album (except in higher quality and cleaned up a bit). Phil has done a simply fantastic job so far. Anyway, we'll compile our final notes as we listen to each song, and then hand these off to Phil. Some changes will be so minor that he'll be able to fix them on the spot; others will require a bit of work. The intended result of this is that we'll be ready to sign-off on the whole album about a week later, and then off it goes to mastering.

I'll save the novel about mastering for then. :)
Posted by Zak Claxton at 10:35 AM