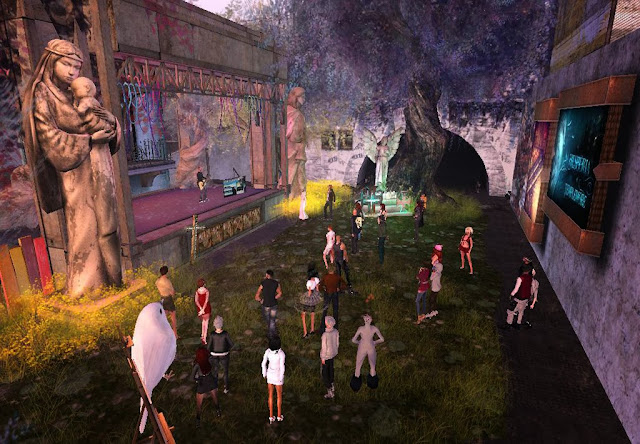 It's a rare pleasure for me these days to perform at a new venue in Second Life. The benefits of playing at a new place are many; first and foremost, it gives the musician a chance to potentially play for a crowd of people who haven't heard him or her before. I welcome those opportunities, which is why when my manager Maali Beck said that the folks at Hesperia of Templemore wanted me to do a show there on a Sunday afternoon, I was happy to do so.

I don't know much about Templemore just yet, but it seems that they have a variety of different stages scattered around a sim that's dedicated to live music. I will say this: the design of venues has come a long, long way since my earliest days of performing in SL, back in 2006. Due to advancements in virtual technology like mesh, as well as a general improvement in design skills based on the years of experience that have gone into venue creation, some of these newer places (and recently redesigned older venues) look absolutely spectacular.

My crowd was exactly what I hope for when I do a show in SL: varied. It combined a number of my own fans along with the fans of my good pal who played before me, Lyndon Heart. And then, there were a good amount of what we affectionately call "noobs", people who have only recently joined Second Life. I noted that Templemore is being featured in SL's destination guide right now, and I'm sure a good number of folks who came discovered the place that way. Hopefully some of them enjoyed what they heard, and will seek me out again.

The show itself went just fine. I was in a good mood and relaxed. Kat was chilling here in Casa de Zak, which she generally only can do when I perform on a weekend (more rare than a weekday evening show for me). My voice and guitar were both behaving as expected. All in all, it went very well, and I'm sure I'll be doing more shows at Hesperia of Templemore in the not-distant future. 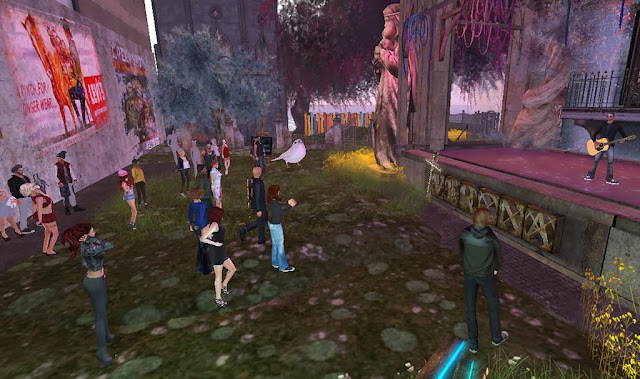 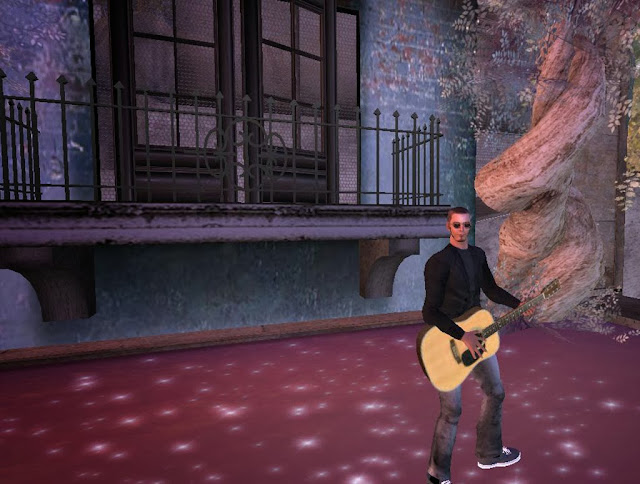 Me, doing what I do. Photo by Kat. 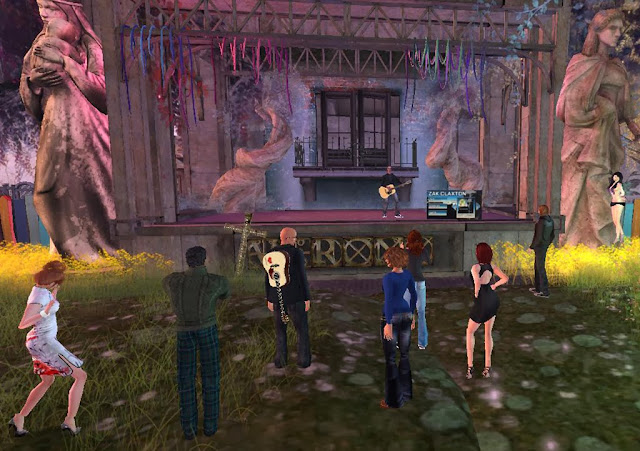 Big thanks to everyone who came out to my debut at Hesperia of Templemore, especially the following who helped support my show!
DirtyDee Sweetwater, Salome Strangelove, lilliana Levee, Triana Caldera, Diana Renoir, Aurelie Chenaux, LilithsMoon, Woodstock Burleigh, Burk Bode, Kat Claxton, my manager Maali Beck, and Templemore's Luis Lockjaw!
Posted by Zak Claxton at 8:23 AM