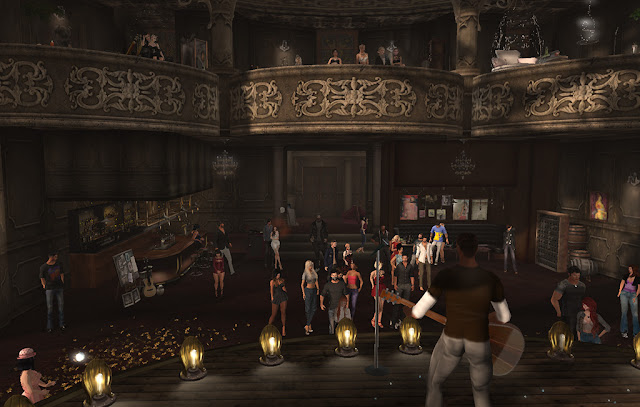 Contain your shock; I finally played another show in Second Life. Yes, while there was once a time that I happily took on three or more shows per week, it's now about a once per month occasion when I play live in SL. All for good reasons, of course. But when I do play live in SL these days, as rare as that is, it becomes a very special event. And yesterday's show at the grand opening of Elysium City of Templemore was certainly special, in many ways.

First, as most of you readers know, Templemore isn't a new concept. My friend Luis Lockjaw created and ran an earlier version, called Hesperia of Templemore, which I first played in February 2014 and would subsequently play many more times before it closed in July of last year. In fact, I performed at the final show there, which was something that Luis mentioned to my manager Maali Beck when he booked me to open his all-new Second Life sim, Elysium City of Templemore. I'd helped close the old place, he said; he wanted me back to help open the new one.

I couldn't say "yes" quickly enough. Not to spend an excessive amount of time dwelling on this, but Luis is just a fucking genius when it comes to designing Second Life environments. He obviously has tremendous artistic vision, and the vibe of the places he creates is simply like no other. His places are amazing combinations of beauty and decay, dream and nightmare. I've become pretty blasé about design over the nearly ten years I've spent in SL, but every build Luis does is so good that I'd be happy just hanging out there with nothing to do but wander around marveling at the creative skill it took to make it.

As if all that wasn't enough, a few days before the show, Luis announced the full lineup. The event started at 3PM with Caasi Ansar, followed by my show at 4PM. Then came Sassy Nitely, Gravey Jones, and Phemie Alcott, and then DJ Malachi Decuir to close out the evening. All of these people are among my personal favorite talents in SL. I was honored just to be involved. The show itself went really well, I'm happy to say. We had a large crowd that included many friends, and despite my relative rustiness from having performed less frequently, I felt like my singing and playing went just fine, and people seemed happy. I ask for nothing more than that. 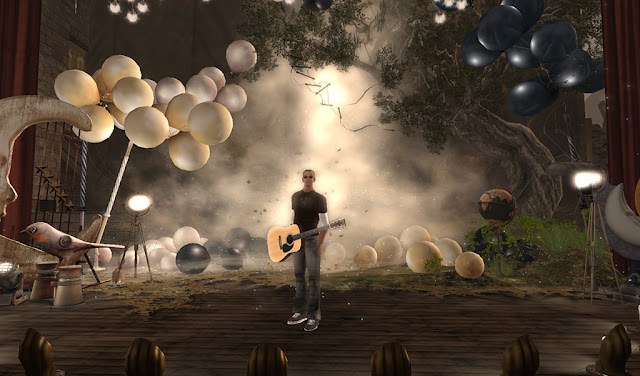 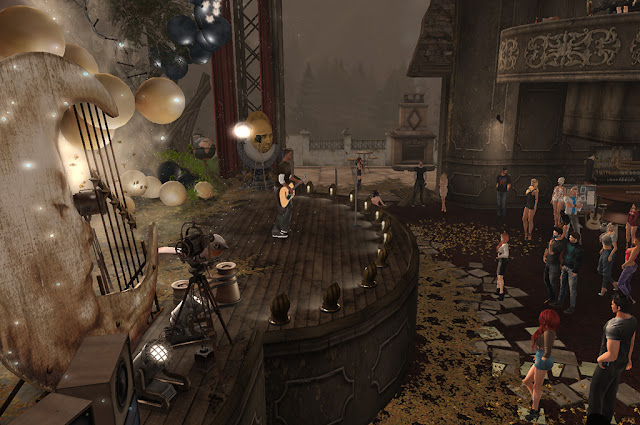 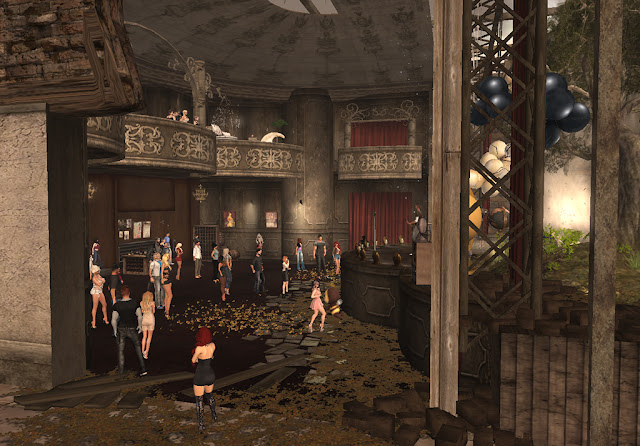 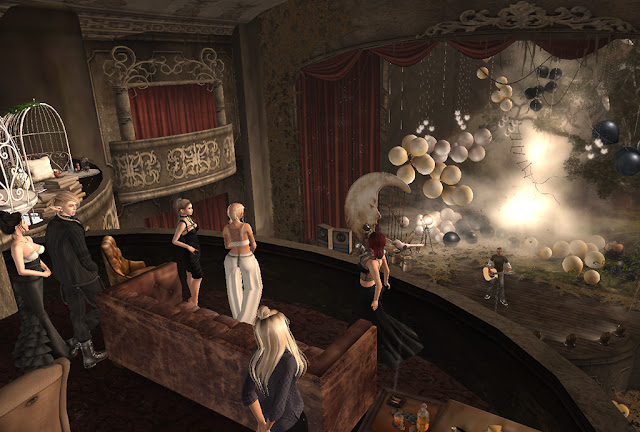 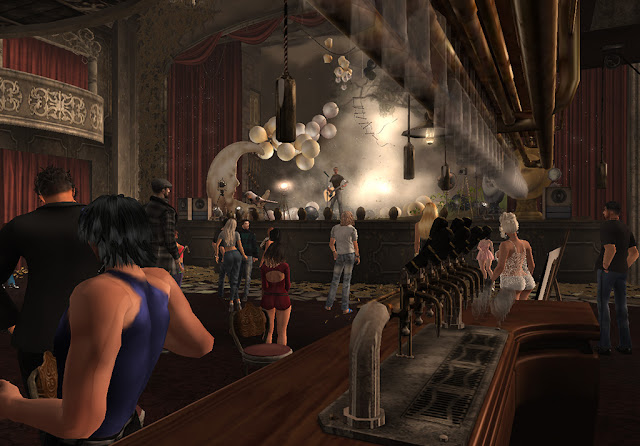 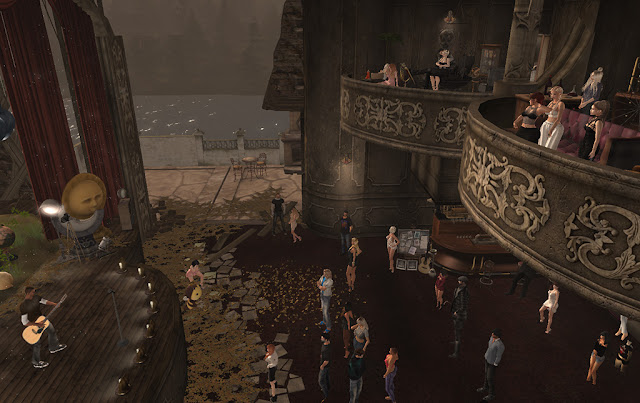 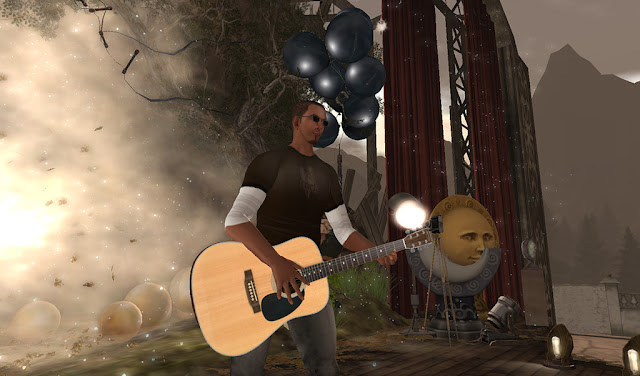 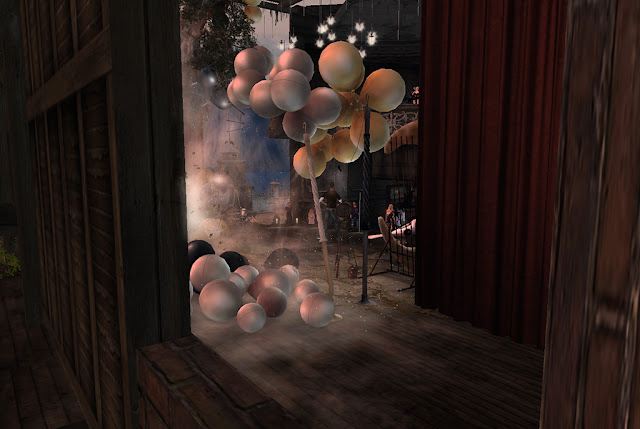 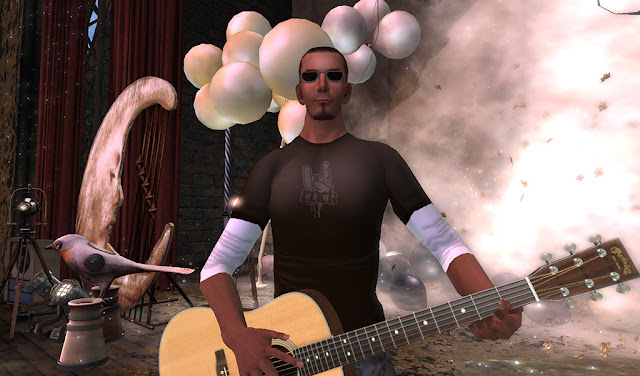 Massive thanks to all who came out to the new Templemore to see my show, with extra special high-fives to the following who helped support it.
Diana Renoir, Lilmissbo Resident, JueL Resistance, Grace Sixpence, RoxxyyRoller Resident, Kransten Resident, Sassy Nitely, Eli Schlegel, Sesh Kamachi, TheaDee Resident, Kat Claxton, Templemore's terrific hostess Bee Blackrain, and everyone involved in the new Elysium City... especially my friend and SoCal homie Luis Lockjaw.
Posted by Zak Claxton at 11:31 AM