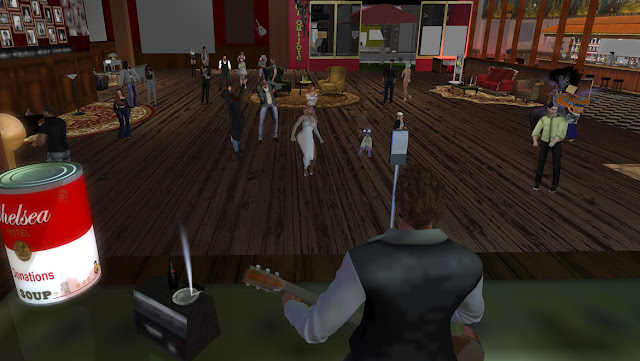 Rocking more of the alphabet at Hotel Chelsea on a Tuesday night. Photo by Kat.

At my previous show at Hotel Chelsea in Second Life, I decided -- without a lot of planning -- to do my songs in alphabetical order, and chose a song to represent each letter of the alphabet. Being that my show is an hour long and I typically do 12-13 songs per set, I actually got through exactly half the alphabet with songs starting with A through M.

Frankly, I hadn't really thought through the aspect of continuing this at a subsequent show, but as I started putting together my list for this gig, I felt compelled to try the same thing with the much more challenging N through Z zone. While I already had plenty of tunes in my solo music repertoire, which has now bloated to over 650 songs, I found I only had one song that started with Q ("Queen Bitch" by Bowie, which I didn't feel like doing) and didn't have any songs at all that started with X. What a conundrum. Or was it an opportunity?

Life in Late 2021
Before I get to more details on the show, I wanted, as I'm apt to do, to make some random notes about life as we experience it in the current time frame. 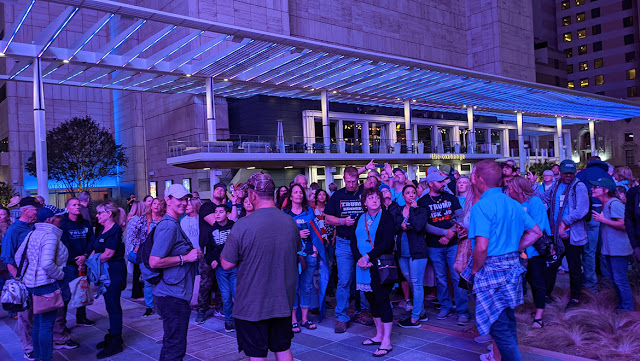 Sounds Like 2021 Is Really Shitty, Huh?
I mean, yes, but no. Life has given me a healthy perspective about what the real definitions of bad and good are. I have decent income and roof over my head; my family and I are relatively healthy. We don't live in a war zone. We're not suffering through massive drought or starvation. We're not yet so affected by climate change that our home is unlivable. Many people -- probably a greater portion of the world than I care to acknowledge -- have it way worse compared to us. I don't share the typically American trait of boundless and unfounded optimism, but my reality must allow for the fact that nearly every aspect of my life could be way worse than it is.
How About That Show?
Yeah, so... this turned out to be a really good show. As usual for my monthly Tuesday shows at Hotel Chelsea, I performed directly after my friend Max Kleene, and I was happy to see that once again, a good portion of his sizable crowd hung out for my show as well. 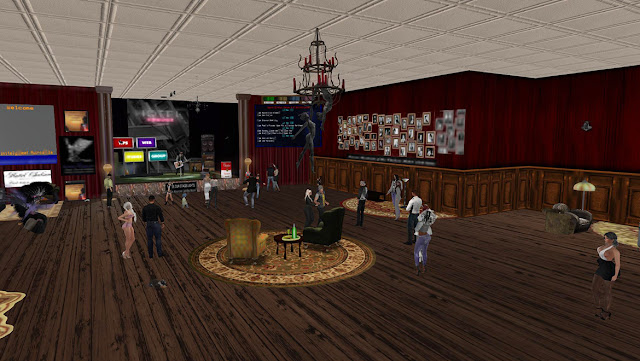 I know for a fact that playing after Max has led to some people discovering me who would not have otherwise heard me. It's always appreciated. Photo by Kat. 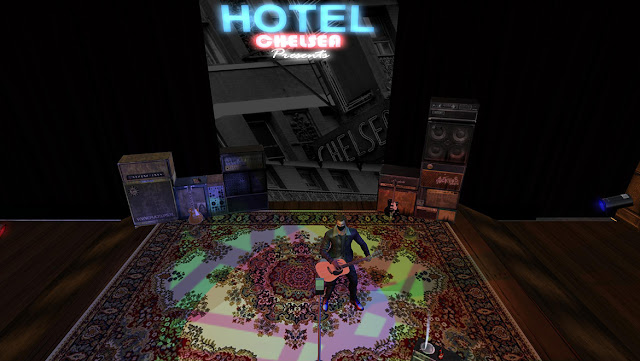 Me, alone onstage as usual. Still in a mask? Yeah, I thought that would be done by now, just as many of us presumed the pandemic would be over. But the best laid plans of mice and men often go awry, and here we are. I'll take off the mask in SL as soon as I am safely able to take it off in real life... not a moment before. Photo by Kat.
As mentioned above, I did the second half of my alphabetical show theme, meaning I began with a song title that started with N and continued through to a song that started with Z. I found it to be really fun, both the act of putting together the set list and then performing it. Not every song was among my favorite to play live, but they all came out reasonably well, with some of them being really good. Surprisingly, I'd never covered a song by Liz Phair before, despite appreciating her as an artist. 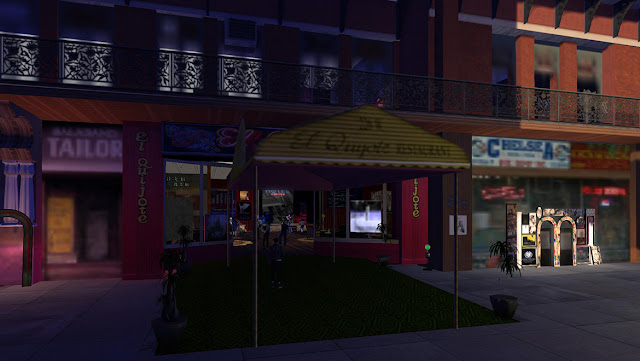