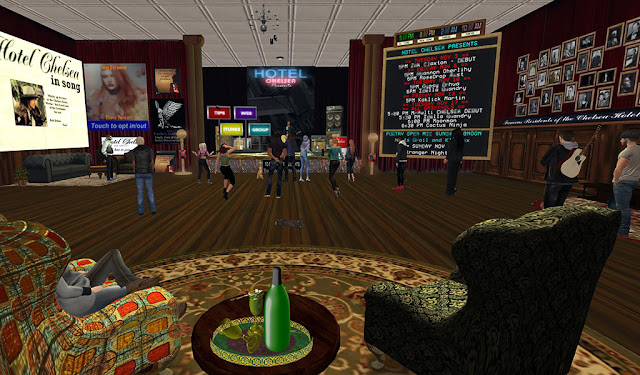 Enjoying my first-ever show at Hotel Chelsea with a surprisingly good-sized crowd in the midst of a presidential election. Photo by Kat.

Where Have I Been for Like Six Weeks?
Fair question. On Saturday, August 29, I injured my back. The exact nature of that injury is still to be determined. I don't want to dwell on this too much, because it sucked, and it's still not over. The long story short is that like a lot of people my age, I have multiple issues with my spine... a herniated disc, scoliosis, and bone spurs. One of these caused a major bout of sciatica that not only debilitated me in various ways, but forced some lifestyle changes to which it's been difficult to adapt. I am still supposed to get an MRI and determine a longterm course of treatment.

It was only via coincidence that at the same time, my former steady show over the past 3-1/2 years ended due to that venue going on long-term hiatus. It's interesting that even if I'd had gigs lined up, I really wouldn't have been able to do them. Life is funny sometimes that way.

Long and sad story short: after things kept getting worse and worse, I had a remarkable improvement just last week, and coincidentally, I'd been booked for my first show ever at a Second Life venue I've long respected: Hotel Chelsea. When my manager Maali Beck told me about the show being scheduled for the first Tuesday of every month, I told her that sounded fine... and then somewhat belatedly realized that my first show there would end up being on Tuesday November 3, aka Election Day. 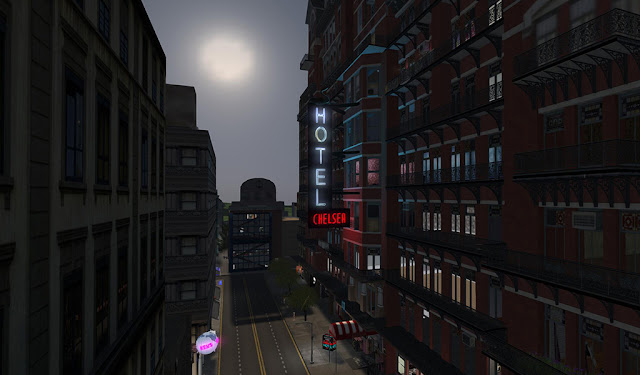 An external shot of Hotel Chelsea in Second Life, modeled after the famous New York City landmark where writers, musicians, artists, and actors made their home. Photo by Kat.

How About That Election?
I'm writing this on the morning of November 4. For anyone looking back from a historical perspective, we currently, at this very moment, have no idea who won the presidential election. It's looking like once all the votes are counted, Joe Biden will be our next president. But it's extremely close, and given what's happened in previous elections, there's no way to be sure right now.

There's no point in my discussing this here and now. All I can hope for at this moment in time is that the votes are fairly counted -- all of them -- and that the winner is chosen legitimately. I shall refrain from any other statement at this time. 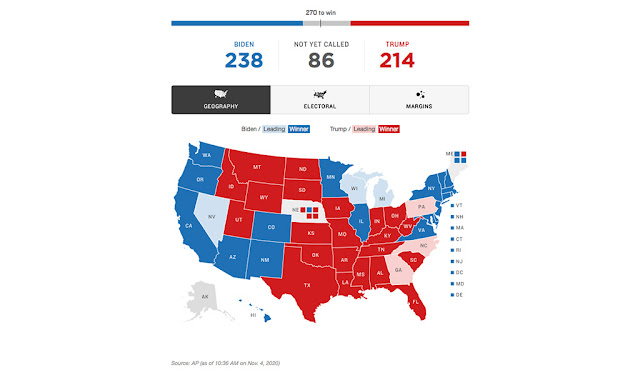 Sitting here in limbo at this very moment. No one truly knows how this will end up. I am somewhat optimistic about Joe Biden being the winner, but I'm certain that many things will transpire before that's official. Graphic from NPR.

How About That Show?
Yeah. So, my prevailing feeling was that no one would be at this show, my debut at this great venue. Literally no one. They'd all be glued to their TVs and their Twitter and whatever else they focus on during a major election. That feeling increased when I logged into SL and realized that my friend Max Kleene, who'd been scheduled to perform before me, wasn't able to do his show. None of this was upsetting to me; my assumption was that people have priorities, and that's completely understandable.

When I arrived at Hotel Chelsea, my anticipation of playing for no one at all was pretty much confirmed. There was literally me and Shyla, who manages the venue. Maali joined us after a bit, along with a couple of folks who were hanging out. I figured I'd just do my show to that little group of 5-6 people, and it didn't bother me at all. It would be a good way to pass the time, and to stop obsessing on election returns. 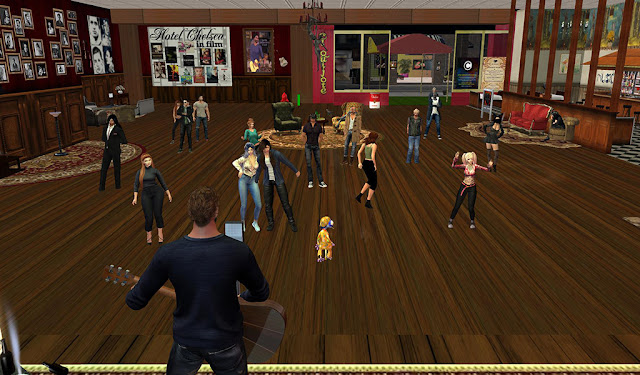 Damn, it felt great to be back up on stage and in front of a crowd. I will always be a performing musician; it's been in my blood since I was a tiny kid. Photo by Kat. 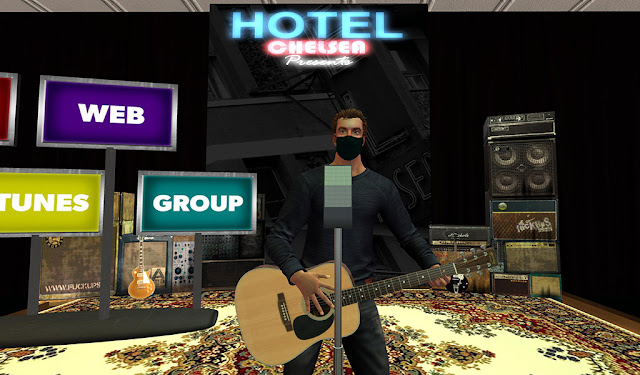 As I've done since the start of the pandemic, I wear a mask in SL just as I do in public in real life. Photo by Kat. 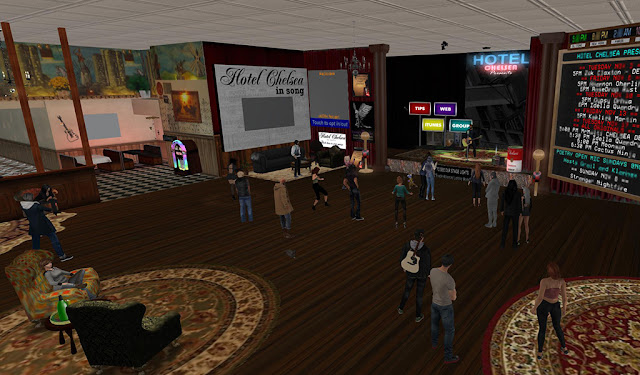 I can't tell you how pleased and amazed I was by seeing folks arriving to my show. That had nothing to do with me, and everything to do with the circumstances surrounding doing a music performance during the most distracting event in many of our lifetimes. I am eternally grateful to those who came. Photo by Kat.

And then, something happened that truly shocked me. As I launched into my first song, people started arriving. You could probably hear the shock in my voice as I addressed the crowd between songs. Granted, I'd promoted the show as a great way to give yourself a break from election stress, and it turned out that people actually needed that. We ended up with a seriously great crowd there under the circumstances.

Musically, I'd very purposefully kept the selection of songs on the mellow side. No one, including myself, needed a bunch of high-energy songs in the midst of all the collective stress and anxiety. Despite having been away from live performance for about six weeks, I felt good about both my voice and guitar playing, and am looking forward to more shows soon. Perhaps a live video show between now and my next SL show would be a good idea.

Massive thanks to everyone who came out to see my debut at Hotel Chelsea despite all the excellent reasons not to... and special super thanks to the following who helped support my show there!
Luis Lockjaw, storyofyoursmile Resident, Richy Nervous, Rusty Seisenbacher, Kat Claxton, Diana Renoir, Asimia Heron, Pureperle Anton, Alex Zelin, Maurice Mistwallow, noowun Wind, go2smoky Resident, CB Axel, TheHaroldTheBurrel Resident, my excellent manager Maali Beck, and Hotel Chelsea manager Shyla the Super Gecko!