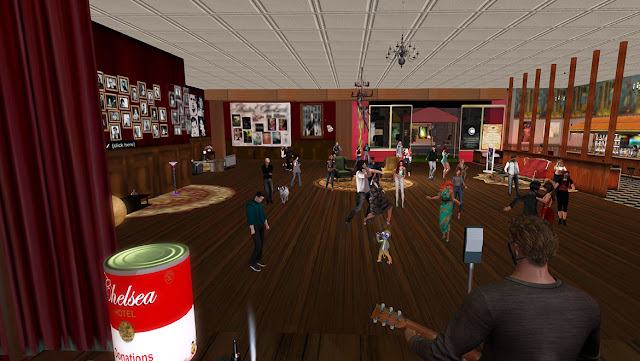 Hello, and welcome back. We'll talk about my show at Hotel Chelsea in Second Life in a moment (spoiler alert: it was great). First, some random stuff and things.

Half-Vaxxed Zak in a Mask
As you may recall from my previous post, I'm still ecstatic about having received the first of my two COVID-19 vaccination shots. As a larger percentage of people get vaccinated, there's a lot of information -- and misinformation -- flying around about the manner in which society as we knew it pre-pandemic is starting to return to normal. I'm not a doctor or a scientist; I'm some random musician who thinks about life and occasionally offers opinions and perspective. That being said, here are a few thoughts.

• It's gonna take some time. Here in early April 2021, an amazingly high percentage of Americans have been fully vaccinated. The number changes rapidly as millions of people each day receive their inoculations, but the most current number I have says that 62,392,065 Americans had been fully vaccinated, which is 18.8 percent of the country's population. Note that it says fully vaccinated. I am not in that group. I've had one of my two Moderna vaccines; I will not be immune to most forms of COVID-19 until mid-May, two weeks after my second dose. But around the world, those numbers are much lower, and in this country the number do vary a bit from state to state. My recommendation is to be patient and not plan on hurrying back into situations where you're among huge groups of people. And if you are...

• Keep wearing that mask. Honestly, and maybe this is just me, but after a brief adjustment period, I quickly got used to wearing a mask when I went out in public, and it just doesn't bother me that much to do so anymore. Especially during this time frame while some folks are vaccinated and others aren't, it's really important to continue masking up. While it's not highly likely, you could still transmit COVID to someone else. We're closer to the finish line, so don't drop the ball before getting into the end zone. Mixed sports metaphor aside, it's the right thing to do. 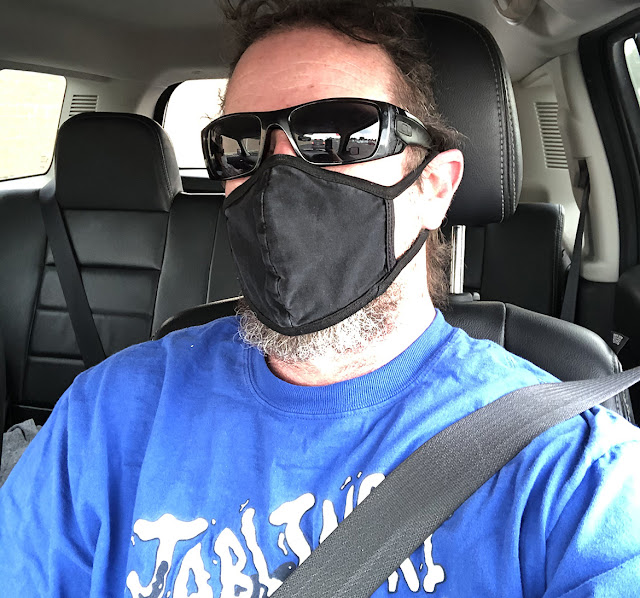 I know that some folks are opposed to wearing a mask, or think that the moment they are vaccinated, they no longer need one. There are a number of very valid reasons to keep wearing one when you interact with the public. Try not to be a dick when you continue to run into situations where masks are required.

• Don't assume everyone will be vaccinated. We all know that there are those people who don't believe in or trust vaccination under any circumstances. I don't know what to say to those people. I know I can't convince them otherwise, in the same way I can't convince people that the Earth is round or that Democrats don't eat children or that we're not secretly ruled by lizard people. In any case, there will always remain a percentage of people who will be keeping COVID alive and well, and passing it around amongst each other.

• Be patient in getting your own vaccine. Especially in the past week or so, I've talked to a bunch of people who've been trying valiantly to get an appointment for vaccination, only to find that none are available where they live. All I can say is to keep trying... it will happen. As the rush of people eligible in each age groups begins to subside, vaccines will be plentiful, and you will get yours!

Yes, Google is a large corporation and is almost certainly evil like all large corporations. But I sniffled a bit about this ad that a) hints at the return to life as we once knew it and b) shows the payoff of the messaging of the ad as this reopening of society being the result of people getting their vaccines.

I'm Taking a Vacation
Yup. It's true. For the first time since May 2019, I am taking a couple of days off work and getting out of town. We booked the trip the moment that we became aware that we'd be vaccinated in a reasonable time frame, and it's happening. I will say, the place we're going is even more remote and far less densely populated with other humans; it anything, it's safer than the place we spend our daily lives at home. But just the idea of getting a change of scenery after such a long time frame of going nowhere at all is just a joyous thought. Note that by the time we head out on this short trip, both Christina and I will be fully 100% vaccinated. To say we're looking forward to it it a huge understatement. 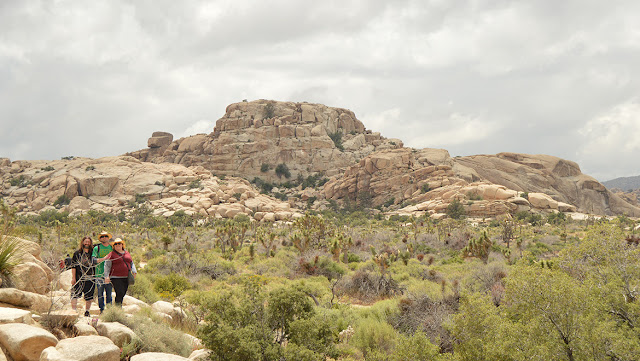 In the places we like to go on vacation, social distancing isn't a big challenge. Here's They Stole My Crayon in Joshua Tree in May 2019. Photo by Jess.

Voting Rights, Corporations, and Cancel Culture
Not gonna spend a lot of time on this, but when I see mind-boggling levels of hypocrisy, I feel compelled to call it out. As has been in the news recently, Georgia has passed new laws that restrict voting or make it difficult to the point that citizens are discouraged from trying to vote. As a result, a number of companies have taken action, such as Major League Baseball's change of venue for the All-Star Game, and statements from Georgia-based and other businesses condemning the new voting-restriction laws.

The GOP has been so focused on ending what they call "cancel culture" that their recent conservative conference was themed "America Uncanceled", but then immediately called on people to boycott (aka "cancel") the companies who spoke out against this action. Similarly, the GOP was the big proponent of the landmark 2010 Supreme Court case of Citizens United, which removed the restrictions on speech-related political spending based on corporate identity. And despite those things, it's the GOP -- the group who determined that "corporations are people" -- who now condemns the ability of corporate America to voice their opinions on political actions. 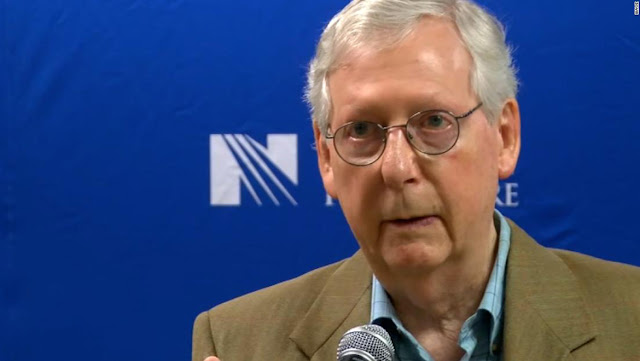 You can't have it both ways, Mitch. Sorry (not sorry).

Hey, How About That Show?
Oh yes. The show at Hotel Chelsea was really good. As has been the case there for the past few months, my set followed Max Kleene, and a number of his sizable audience hung out for my show as well. It's never something I expect to have happen. Second Life isn't like a real-life live music club, where people might be going to hang out for an entire evening featuring multiple performers. It's far too easy to just go see the person you enjoy and teleport the fuck out the moment that performer is done.

When planning my repertoire for this show, I decided, for the most part, to stick to artists and songs that might be a little more familiar for the crowd. It's not always my responsibility to turn people on to underground indie artists, and sometimes people just enjoy hearing some songs they love performed live in front of them. There's nothing wrong with that, though it's not something i'd enjoy doing at every single show. 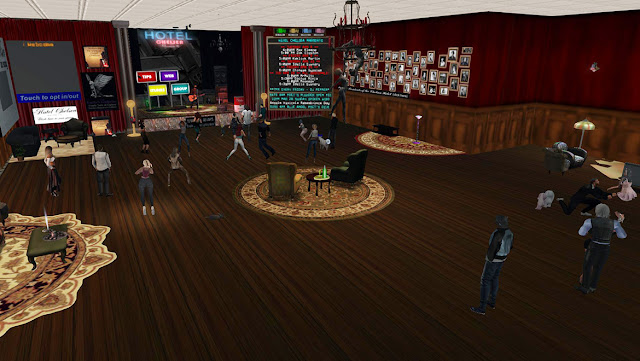 A small crowd having fun at Chelsea. I'm always proud of the fact that often, a lot of my audience seems to be made up of my fellow Second Life musicians. Photo by Kat. 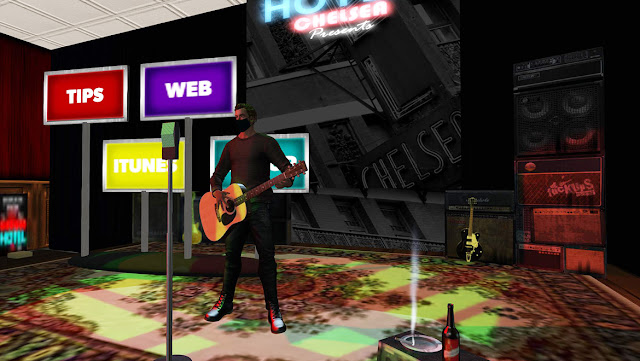 Me, onstage, still in a mask, as I'll remain until the time comes that I'm likely to go maskless in the real world. Photo by Kat.

I was feeling super positive and enthusiastic going into the show, and I let my crowd know that at multiple moments throughout the gig. Some of that is having started my vaccination process, but I also let folks know that just that morning, I'd scored an interview with one of the artists whom I cover on a very regular basis: Kurt Vile. I rarely mention work-related things during my SL shows, but that was too good not to share with my crowd, who are well aware of how much I enjoy Kurt and his music.