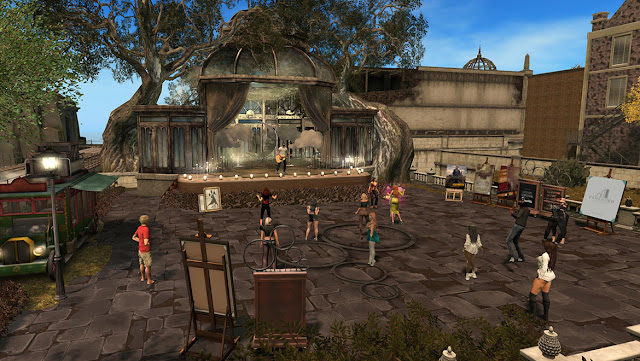 There are few places in Second Life more beautiful than Templemore, especially on a lovely summer weekend afternoon. Photo by Kat.

If you happened to read my blog from my previous show earlier this week, you may have noted that I gave a little foreshadowing to my plans for my show on Saturday at Lutz City of Templemore in Second Life. I said...

"My musical theme for this show was "mellow summer goodness", and for the most part, I stuck with songs that would be familiar to the crowd I expected at Hotel Chelsea. I have another show at another venue this coming weekend where I'll likely play more indie music and deeper cuts. It always balances out."

So, am I so incredibly organized that I fully plan set lists for multiple shows extending far out into the future? Oh God, no. No, not at all. But looking at that previous show's repertoire, which had a lot of great songs that everyone knew and could sing along with, I was aware that I'd want to be a little more adventurous for my next outing to the stage.

It doesn't always mean that my audience is going to be into all the stuff that I'm into, and there's always a calculated risk that some folks really just want the comfort of familiarity when they check out a live artist in SL. But I have found over the years that by nature of most SL people being open to new things in general, they are often receptive to hearing music they haven't heard before.

Where Do I Find Interesting New Music?
I know I've addressed this before, but it's worth bringing up every so often. I have a bunch of resources to discover new music that I might like. It's helpful that I know the specific styles and subgenres I like, but no matter what you're into, someone out there is cranking out great new music you'd love if you could just find it. As it turns out, you can. 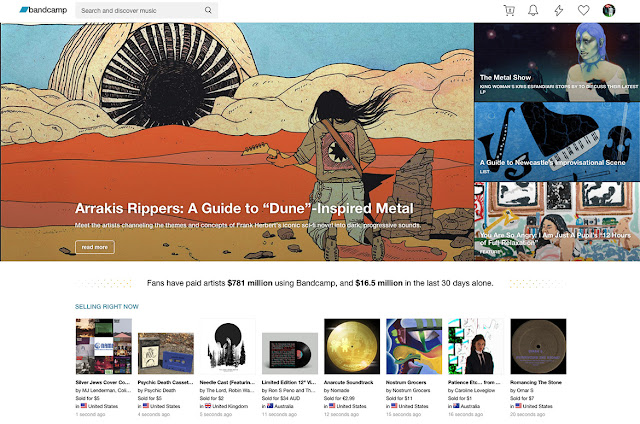 Bandcamp has tons of great music to choose from, mostly from independent artists like me. In fact, go there right now and check out some Zak Claxton or They Stole My Crayon. 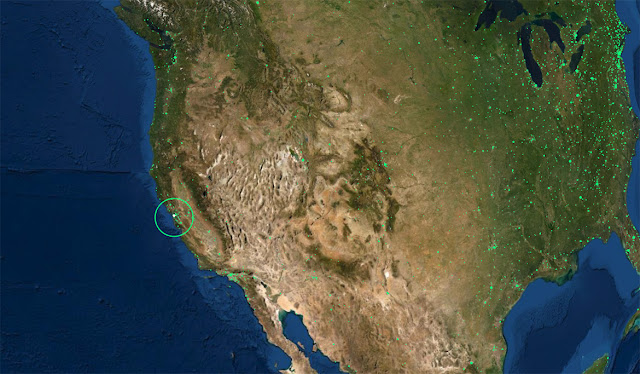 I've found great stations across the USA and throughout Europe, Asia, and Africa using Radio Garden. Plus, the globe interface is fun and can truly allow you to discover new things by happy accident. 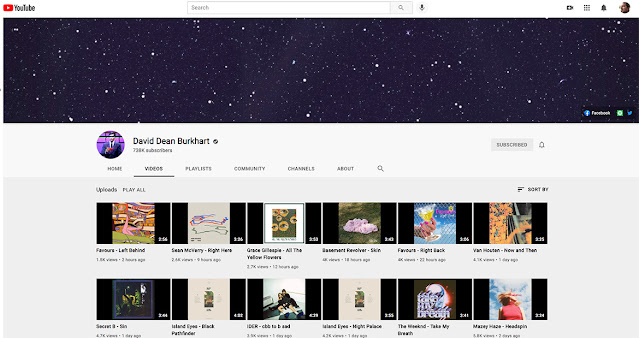 I've spent many a Saturday afternoon digging through the new releases on David Dean Burkhart's YouTube channel. If I like an artist, I'll use the links provided to learn more about them and to buy their music. This happens a lot.

Back to the Show
I will tell you, we didn't have a huge crowd at Templemore's lovely Conservatory Stage, and there's a wide range of factors why that happens sometimes. I've performed music in Second Life for almost 15 years now, and all performing artists in SL can tell you stories of having 15 people at a show and then 50 at the next. The day and time of your show, the venue, the invariable aspects of competing with people's time for leisure activities in and outside of SL... it all factors in.

That being said, what was much more important to me was the quality of the show itself, and my wish for more people having been there is based on it having been a fucking outstanding show. The songs all worked together, my voice and guitar were doing everything I wanted, and honestly regardless of a small audience, I did a kick-ass show that would rival any of them. 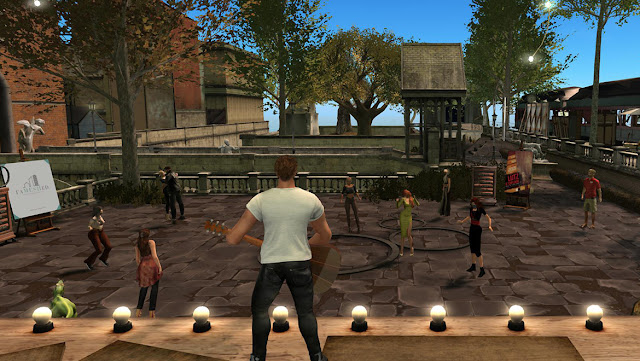 I've said it many times: the coolness of the show is not dependent on the size of the crowd. For the few folks who were there, they got one of my better shows ever. And the reverse is true... I've had some awful shows on packed sims before. Photo by Kat. 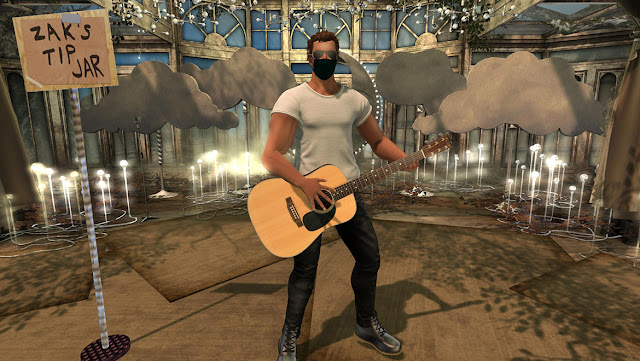 Me onstage. So, you might laugh, but my big, colorful tip jar you see me using at other venues just doesn't aesthetically work at Templemore. That's why I created this little cardboard/plywood tip sign just for use at that venue only. Also, still masked in SL, just like real life. if someone has a problem with that, they're probably someone whom I'd rather not be at the show anyway. Photo by Kat.

Huge thanks to those who came to Templemore for the show, with extra thanks to the following who helped support it!
daralish Resident, Brooks Conundrum, Trouble Streeter, Kat Claxton, Zigmal Resident, my manager Maali Beck, and Templemore's terrific co-owner Grace Sixpence and hostess Amaya Mavinelli!