On being ill: the pneumonia blues 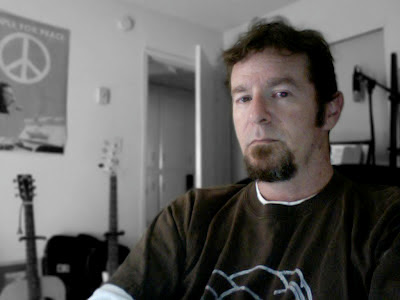 Everyone's been sick from time to time, and by definition, it's never fun. No matter what you enjoy doing, illness invariably dampens -- or in many cases entirely eliminates -- the potential for good times. Of course, not all illnesses are created equal; some will interrupt your life a lot more than others, which is why I'm here today to tell you about my recent bout of influenza that turned into full-blown pneumonia.

You Can Die From This. Yes, You.
Let's get the scary and dramatic part out of the way first. Anyone who gets pneumonia and either a) doesn't recognize what they have or b) chooses not to have it treated, can die. If you think that pneumonia can only kill the very young and very old, you're mostly right. However, if you don't seek treatment and follow your doctor's orders, you can be one of the people who have the prime of their life cut short unnecessarily. While medical science has come a long way, and conditions like pneumonia are very treatable in most cases, you need to take it seriously.

You Can't Fight What You Don't Know You Have
This is my second bout of pneumonia; the last one was about 4-1/2 years ago, in December 2007. The first time I got it, I thought it was strange that the cold I'd had was seemingly getting worse and worse. I couldn't seem to shake it. I was also very fatigued, and would start running out of breath easily. The final straw that caused me to go into the doctor's office was a strange sound when I would take a deep breath. It sounded as if there was tissue paper in my chest that was crinkling, especially at the end of an exhalation. It also hurt quite a bit when I'd cough. I did not, by the way, have a high fever that time, nor was I coughing up stuff. But the breathing sounds and the pains were disturbing.

Diagnosing and Treating Pneumonia
The medical people are pretty good at diagnosing pneumonia these days. First they check your usual vital signs. Then they use a stethoscope and listen to your chest while you breathe. If it seems pneumonia is likely, they give you a chest x-ray. Pneumonia is easy to see; there will be an area of the x-ray of your lungs that shows the infection.

In my case, I'd acquired influenza type a (aka, the flu) from my son a few days earlier. When you get the flu, one of the problems (in addition to the miserable fever and aching body) is that your immune system goes to hell, leaving you susceptible to other problems. This time, I was familiar with the sensation of pneumonia, and begrudgingly went to my local urgent care center, Ocean Medical here in Redondo Beach on Wednesday evening. Everything seemed pretty good until they checked my O2 level, which was at 93%. That's a little lower than I like to see. But the bigger sign was when I started coughing... and dropped to the ground in pain. After Dr. Villarreal examined me and they did the x-ray, the pneumonia was very apparent.

Despite the fact that my influenza was viral-based, the pneumonia is a separate disease that's a bacterial infection, and has to be treated with strong antibiotics. The first line of attack was an injection of Ceftriaxone (aka Rocephin) that Nurse Juan expertly jabbed into my butt cheek. Side note: butt cheek injections don't hurt... at first. Later on, it may feel like someone kicked you in the ass while wearing steel-toed boots, though. The antibiotic parade kept marching; Dr. Villerreal was concerned about the pneumonia enough to treat it aggressively, which is why he prescribed two different antibiotics after that. I have been taking both Azithromycin and Ciprofloxacin, and just a few days later, this onslaught of bug killers seems to be working well.

The Cure Hurts Too
While I appreciate the need to go in and clean house, so to speak, in my lungs, the problem with antibiotics (especially multiple strong ones as I'm on) is that they tend not to discriminate in terms of which bacteria they kill. It's like going after a terrorist cell by setting off an atomic bomb; there's going to be some collateral damage. So, all of the "good bacteria" that lives in your gut will also be eliminated, and you'll likely find that your ability to digest food is immediately gone.

It's Probably Going To Be Okay
The fact is that if you're older than 6 and younger than 65, you will probably be just fine after getting your pneumonia treated. One of the most difficult aspects of it for me has been keeping my optimism level high. Pneumonia tends to sap all of your energy, and it's easy to forget that things look a lot brighter when you have your health. You just need to trust the idea that as you defeat the bacteria in your lungs, your energy and attitude will eventually come around as well. I'm not the most patient person in the world, so this part is particularly difficult for me. However, I have too damn many things I want to do yet... more music, more films, more web sites, more family activities, more travel, more new experiences, more good times with friends, and more fun... that I know this mopiness is just a temporary side effect that will, soon enough, be gone.

I'm looking forward to getting back to my usual silly self. And I will.
Posted by Zak Claxton at 12:21 PM