The Singer Who Couldn't Sing 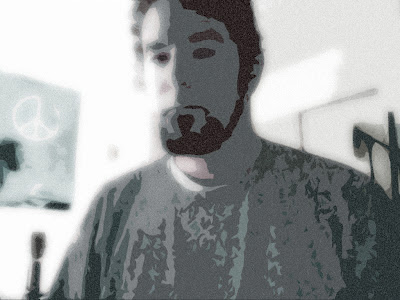 Once upon a time -- which is how most half-decent stories start, except this particular time happens to be right now -- there was a man who loved music. He loved it when he was a small child; so much, in fact, that he began to learn to play piano when he was just three, and guitar before he turned seven. As he grew older, his love of listening to and playing music didn't fade away; it grew. He was educated in the fine details of music. He began writing his own songs, and, along with playing various instruments, eventually learned to sing pretty well too.

People seemed to like to hear him sing and play, so he kept doing it. He knew he wasn't the greatest singer in the world, or occasionally in the room, but he wasn't bad by any means. People who heard him sing and play seemed happy, and in turn he enjoyed their happiness. He joined bands, and performed in front of larger and larger groups of people. It was fulfilling for the man; he enjoyed it. After many years of doing this, he felt it helped define who he was. "What do you do?" people would ask, and the man would reply, "I'm a singer-songwriter." He couldn't imagine being anything else.

One day, the man got sick... very sick. He was very sad. Because he was so sick, he couldn't play his instruments, and certainly couldn't sing. He knew, though, having been through sicknesses before, that he would eventually get better, and was really looking forward to being healthy enough to sing and play music again. After weeks of recuperation, the man felt mostly well again, and decided to try singing and playing again. The man didn't want to try singing again in front of any people, since it had been so long since he last did so, but didn't mind trying it out in front of his very special lady. He got out his guitar, made sure it was in tune, and strummed a few chords. Satisfied that his ability to play his instrument was still intact, he pulled out a sheet of paper with the lyrics to one of his songs and launched into it.

But then, something terrible happened. He opened his mouth to sing, but his voice -- formerly clear and mellifluous -- was weak and hazy, as if he was singing through a pillow. He made it through the song, and gave a worried look to his special lady. The lady encouraged him to try again, so he did. Clearing his throat (though not needing to), he played another of his songs, and once again, his former voice was nowhere to be found. Going on the baseless adage that "the third time's the charm", he once again took out a song and gave it a shot. The result was devastating; not only was his voice a shadow of its former self, but by the end of the song, he felt winded and needed to stop for awhile, sucking large breaths of air into his lungs as if he'd just run a mile or so. Taking off his guitar and putting it back in the case, the man spent a moment getting his breath back, then said to his special lady in a very sad voice, "I don't know if I'll ever be able to sing again."

"Don't be silly," his lady replied. "You have been very sick for a very long time. Why would you think you would be able to sing perfectly on your very first try? You need to spend some time building up the strength of your voice again. It won't happen overnight."

"Overnight?" the man said incredulously. "It's been weeks!"

The lady shook her head. "Yes, but you've only just now tried to sing for the first time. Give it awhile to get your strength back, and your voice will come back to being as good as new."

The man looked doubtful but he believed in his special lady, so even as he huffed and puffed, he allowed a small smile to return to his face. "Maybe you're right," he said. "I will try again tomorrow."

The end?
That's where the story stands now, Dear Readers. I find it likely that I will not be able to do a show I have scheduled for later this week, but I'm not about to give up yet. I have had some disturbing thoughts that involve my becoming an instrumental-only performer, but we'll save that choice as a last resort. For the time being, I'm going to do whatever it takes to get my singing voice back. It's just going to take some time, and being the most impatient man on Earth, that won't be easy for me. However, I'm willing to do whatever's necessary; I am a singer, and singers sing. That's what I plan on doing, as soon as I can.
Posted by Zak Claxton at 9:41 AM

Suggestion: Pull a Rosedrop Rust while recovering... a bit of instrumental, then storytelling/poetry back and forth. Weird, but different for you.

It's really not a bad idea. The fact is that this little episode is a reminder of things I hate: aging, mortality, and how easily the most important things can be taken away from you without notice. But I do kind of like the idea of doing a little story telling interspersed with some strumming. Thanks for that.

Your voice will recover in time. In the meantime, unless it is detrimental to your recovery, sing anyway. A song is music and words. The words when sung have tone, emotion and meaning. The tone might change, the emotion will still be there and meaning is still there.

I've never had a great voice and never will have. Over many years and lessons I've learned to sing badly with confidence, and audiences seem to like what I offer. So sing anyway.

I think you've been given some very decent advice, both here and on FB. I believe in you, and I know you'll get your voice back. The key is in YOU believing it too, and having the patience to get to that point. And, as you know - I'm always here for you. :-)