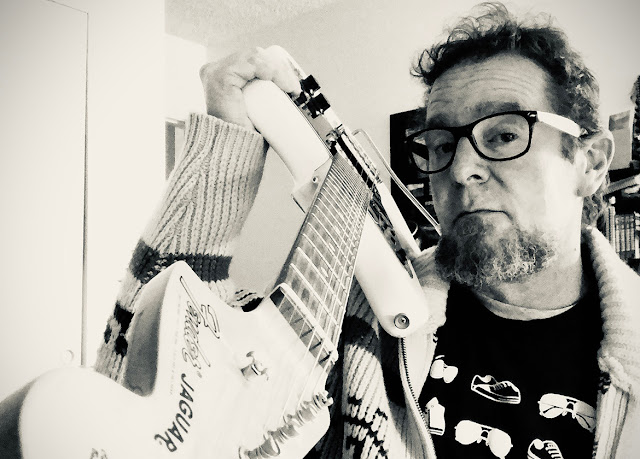 About a week ago, my friend and bandmate Bunny Knutson let me know that another ICS session had been scheduled, this time for Saturday March 27. I've written about ICS before; it's the Immersion Composition Society, a group of songwriters and music composers that do occasional exercises where they try and create 20 songs in a single day. I am not an official member of the ICS and I don't even know if "official membership" is a thing, but I do know that I've enjoyed these sessions where I'm compelled to set aside time and be creative with new music.

Side note: I've never done close to 20 songs in an ICS session, and I can't imagine how awful most of them would be if I was going purely for quantity. I've done upwards of ten songs in a day before, though, and often a few of them are good enough to further pursue.

However, creating new music doesn't always happen on demand, and even though I was easily able to pop out a big batch of basic ideas, fleshing them out as full songs proven to be challenging. I woke up Saturday morning raring to go, but nothing was coming quickly or easily. Late in the afternoon, I actually wrote a song about how terribly my songwriting session was going. That's just sad.

Despite that, when I got up on Sunday and gave a listen to what I'd managed to get down the day before, it wasn't as bad as I thought it was. So, as I do, I posted the batch of song demos to Soundcloud, and you can hear them any time.

Zak Claxton · 03.27.21
A few notes on the few songs I got finished.
"This Time"
I'm slowly training myself to try and break out of some rock music cliches that I've turned to without thinking for many years. One of those habits is having a steady drum part going through an entire song. "This Time" is the only really promising song I wrote and recorded on this day.
"The Trough"
I wasn't going to bother publishing this instrumental non-song, but then threw down a noodly lead guitar line that was so derivative of David Gilmour's work on Pink Floyd songs like "Pigs" and "Have a Cigar" that I just took it all the way.
"Big Dummy"
Well... as the afternoon wore on and I became more and more frustrated with my inability to properly get my song ideas down or good lyrics written, I connected with Bunny and told him that things were going so poorly that I was going to do a song called "I'm a big dummy and I can't write music." I said this as a joke, but not finding inspiration from anywhere else, a few minutes later I actually did just that. And I will say, I spent more time laughing while recording this than any song in recent memory, so the world gets to laugh along. Be aware that this song is full of explicit language; don't play it at work or in front of kids or your mom or basically anyone.
Final note: I mentioned above that I quickly grabbed ideas for a bunch of tunes, and some of them are really potentially good. So, as opposed to thinking that I spent a whole day to create one decent song, one rip-off instrumental, and one joke song, I actually have a bunch in the bag that will get fleshed out when they're ready to become more than they are at the moment. So, all good.
Posted by Zak Claxton at 11:03 AM