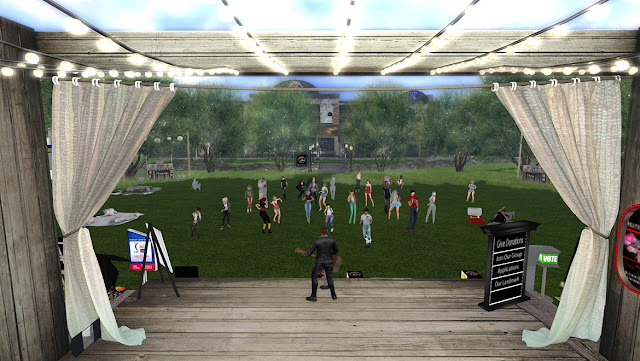 Good crowd and good times at my debut at Terry's Place. Photo by Kat.

Performing at venues in Second Life where I've never played before always adds an extra tinge of excitement to my shows, and I was definitely feeling it going into my debut show at Terry's Place on Sunday. I even arrived early to chat with the co-owner Ninja Antwoord and manager Piper Antwoord, chatting with them for a bit to try and kinda get the vibe of the place. It looked cool enough; a nice simple stage design in an outdoor meadow area. Very chill. All that was good.

Still, there's that aspect of not knowing what the crowd might be like in a place you don't know, and at a time slot that you're not used to playing. I was at least slightly concerned that I'd show up for my first gig at this place and would have like three people there... especially considering I was the first one up to perform, meaning that anyone there would be attending specifically to check out my show. I even hit up the inboxes of a few of the Zakster fans, letting them know their attendance at this particular show would be extra appreciated.

I needn't have worried. Side note: almost none of the things I worry about in life actually end up being problematic, while the worst things that happen are those that I'd never really been concerned about beforehand. Life is weird that way. Anyway, we ended up having a really great crowd made up of plenty of Zaksters, random Second Life folks, and the people who hang out at the venue. It was great, and the crowd was bigger than I could have expected. 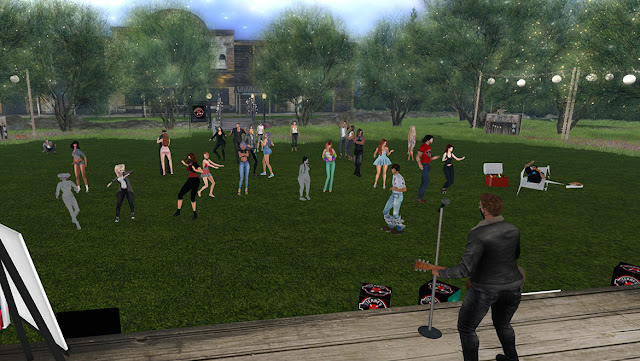 As I've said many times before, the crowd size at an SL show is less important than the crowd quality. Are people having a good time? Are they reacting to the songs? Is there fun interaction among them while I perform? My debut at Terry's Place had all of the above. Photo by Kat.

Choosing Tunes
I've discussed this before, but the act of planning out my set list for my shows is always very purposeful, and the more I know about the venue and people who go there, the easier time I have of putting together the right tunes for the right place. There are basically four pieces of criteria for my sets:

One thing my Zaksters know: if I'm not feeling it, I'm not playing it. It's one of the big, big reasons that I don't take requests at my shows (and no offense to the many who do, obviously). When I'm in a situation like my debut at Terry's Place, where I'm not super familiar with the vibe or the type of artists who generally play there, I do make it a point to try and chat with the owners/hosts and get their input. 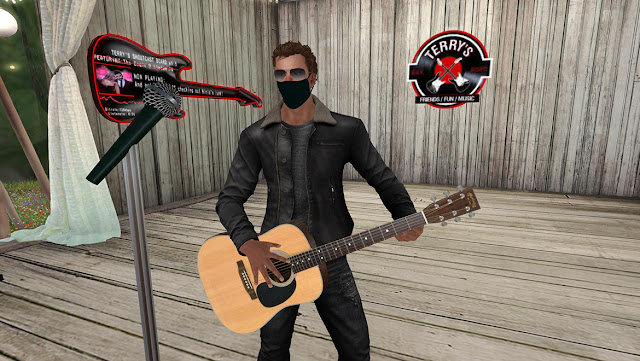 Me, doing my thing, still masked up until I'm ready to not be... kinda like real life. Funny side note: I must have purchased this jacket and then completely forgot about it. When I was getting ready for the show, I was like, "What's this?" and put it on and loved it. Of course, I find it right at the start of summer when it's way too hot to be dressed as such, but the good news is that pixels don't feel heat or humidity. Photo by Kat.

It just so happened that when I asked Ninja before my show about his tastes and he said he was really into '90s alt rock and grunge, I knew we'd get along just fine. I'd already put together a good part of my set list, but then added in some of my favorites by Stone Temple Pilots, Soundgarden, Foo Fighters, and Temple of the Dog. It worked out very well. I should also add that I stuck around after my show to check out Aufwie Mysterious, who I'd never heard before. I found him to be really interesting in a great way. You probably know by now that my musical tastes lean toward unique and cool sounds, and he had them in droves. 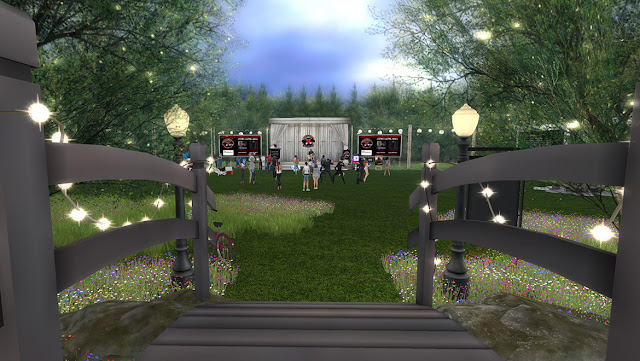 The venue itself was perfectly suited toward a mellow Sunday afternoon, like a day in the park with a bunch of friends. Photo by Kat.

So, What Else Is Up?
Nothing. This was my first weekend post-vacation, and like most people will tell you, you kind of need a vacation from your vacation. It was a very busy post-vacation work week, and with the first weekend with no travel and nothing on my agenda except my show at Terry's Place, it felt right to do as little as possible.

You know, a lot of people find it really difficult to do nothing. I'm often like that. I always feel like any time that's not committed to work or sleep should be filled with various other kinds of productivity... making music, improving my home, whatever. Sometimes, you have to listen to your mind and your body and cut yourself some slack. It's actually okay to just chill sometimes, even for people who are generally driven to push themselves. There will be plenty of time to keep being responsible, and you might even be better at your various tasks after giving yourself a little while to regroup with some downtime.

Anything Going On in the World?
Yes, of course. There are always things going on, a large percentage of which will never even hit your radar even if it eventually ends up affecting you personally. It's impossible to be so attuned to events and issues to really know everything; that kind of awareness comes at the expense of being able to live your own life and hopefully enjoy it. A few notes, just for the record. 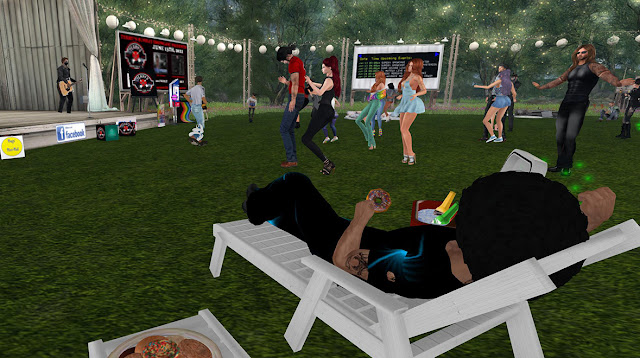 With the world the way it is, it's no wonder that people like to escape into a virtual environment to relax and enjoy life without shootings, climate change, pandemics, and the rest of the challenges that make real life less than optimal. Photo by Kat.