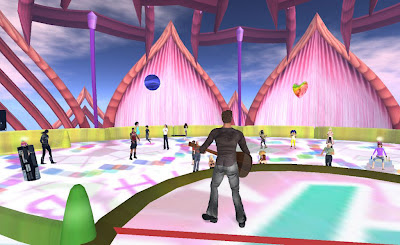 It would be silly for me to dwell on the extreme technical difficulties experienced during the opening of SL9B. Shit happens. The obvious downsides of a) not being able to teleport to the region, b) all but a few of the Zaksters not being able to get to the show, and c) not starting the show until 30+ minutes into my set all just are what they are... stuff that happens in a world where technology isn't quite capable of handling the needs and wants of the users. Nothing new there. Second Life just simply has never lived up to the expectations it set up in its users, and there's certainly no one to blame for that outside of the Lab.

Despite all that shit, I did get some music performed to open SL9B, and at least that part mostly went okay.

SL9B Set List
This Afternoon (Zak Claxton)
Man on the Moon (R.E.M.)
Falling Down (Zak Claxton)
Things Behind the Sun (Nick Drake)
I Like You (Zak Claxton)
If It Makes You Happy (Sheryl Crow)
Thank You (Alanis Morissette) 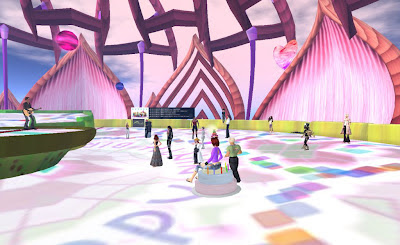 I wish I could have seen some of this while I played. Nothing in the sim rezzed for me the entire time I played. Fortunately, Kat got some photos so I could check it out after the fact. Hopefully, I'll be able to go back and see more of SL9B after it mellows out later this week.